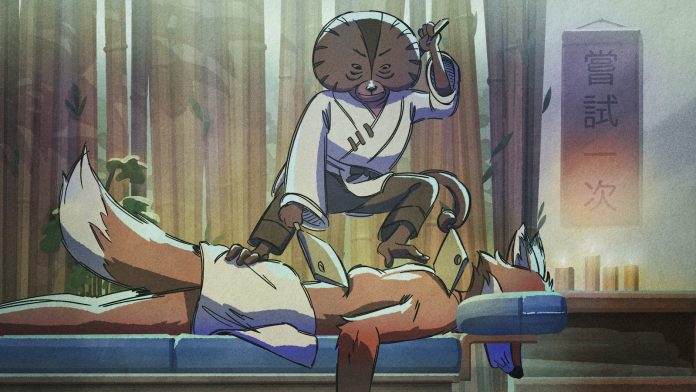 Henry the Fox gets curious

Designed to target 35-55 year old drinkers, the campaign taps into an audience who like to broaden their horizons when it comes to food and drink and position OSH as an ale that truly rewards that curiosity with brilliant and refreshing flavour.

To do this, we created a campaign to champion the benefits of being more curious in life and place OSH shoulder to shoulder with the rich rewards you reap as a result.

Because it is only through asking questions, deviating from the beaten track, and challenging your assumptions that you are able to gain new perspectives and enjoy a richer tapestry of life experiences.

In the new two 30-second animated ads, ‘Fox of the World’ and ‘Try Everything Once’, Henry is in the pub reminiscing about things good and bad he has experienced as a result of his curiosity – a Taiwanese meat cleaver massage from a monkey, for example, a rap battle with a rat, eating a Carolina Reaper chili, and licking a cane toad.

The creative idea underlines the beer’s positioning as a tasty, desirable and refreshing beer that rewards curiosity with its delicious, unique flavour.

The ad was directed by directing duo Rick & Mario, a.k.a. Red Knuckles, who specialise in beautifully crafted 2D, 3D and stop motion characters and environments, through Partizan.

Henry the Fox first appeared in Old Speckled Hen advertising in 1994 and was last featured in 2020.

The ad, which also runs in a 20-second version, ends with the line: ‘Old Speckled Hen – curiosity has its rewards’

“We want to raise Old Speckled Hen’s profile among UK beer drinkers, showing what a distinctively delicious pint it is – one that, once discovered, truly rewards your curiosity.

“Engine have developed two hilarious new adventures for our mascot, Henry the Fox, that do just that. The TV spots will entertain millions of beer drinkers nationally, while the complimentary outdoor campaign will amplify brand visibility in a key sales period”.

Steve Hawthorne, Creative Director at Engine, said: “As a fox of the world, Henry is the perfect brand ambassador for Old Speckled Hen. He is curious to try new things and it has been a joy to bring some of those to life in these films.

“I think we could all do with being a bit more ‘Henry’ from time to time and hopefully, this work will encourage people to do just that.”