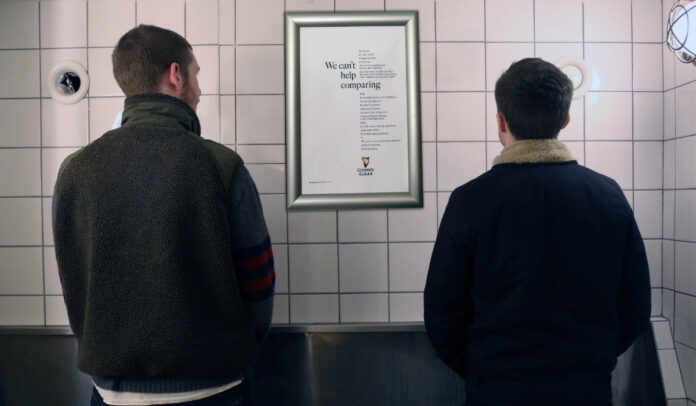 Guinness has re-launched its campaign urging fans to moderate their drinking during this year’s Six Nations Rugby Championship.

Ads for “Guinness Clear”, which is in fact just ordinary tap water, have been running above urinals and in cubicles at stadiums during the six week tournament.

The unique media location seeks to grab punters at an opportune moment; when they are typically stopping off on their way to the bar. 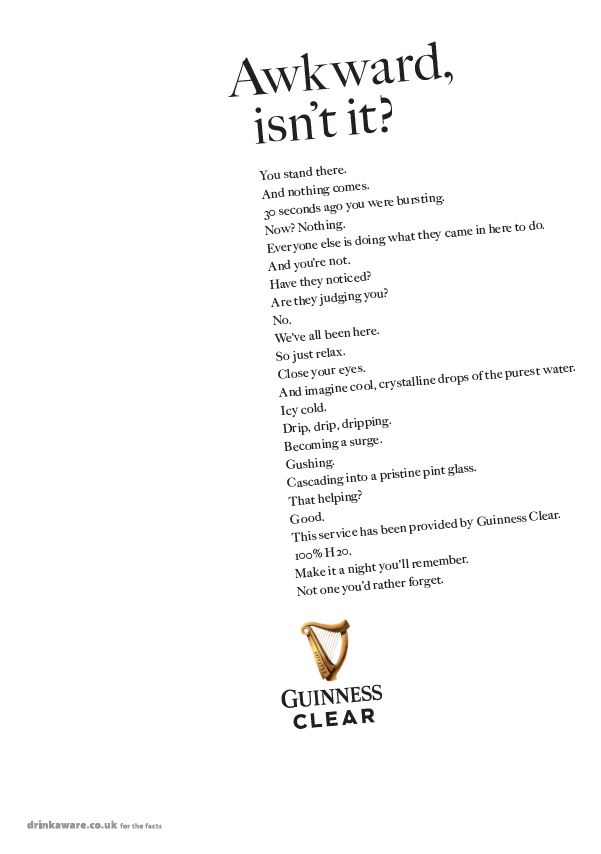 Each ad explains the benefits of drinking the odd pint of Guinness Clear alongside regular pint of the famous stout; whether they are on a big day or night out.

Niall McKee, Head of the brewer’s Western Europe division, said: ‘‘The launch of Guinness Clear last year was a huge success; and for this year’s Six Nations we are looking to ensure the idea and execution stays fresh’’.

The campaign was created by ad agency AMV BBDO.

The final of the Six Nations tournament was supposed to take place on Saturday 14 March – known as Super Saturday.

However, the coronavirus outbreak has also hit the tournament with matches postponed.

This means that instead of three final matches, only one match will take place on Saturday – the Scotland v Wales game.