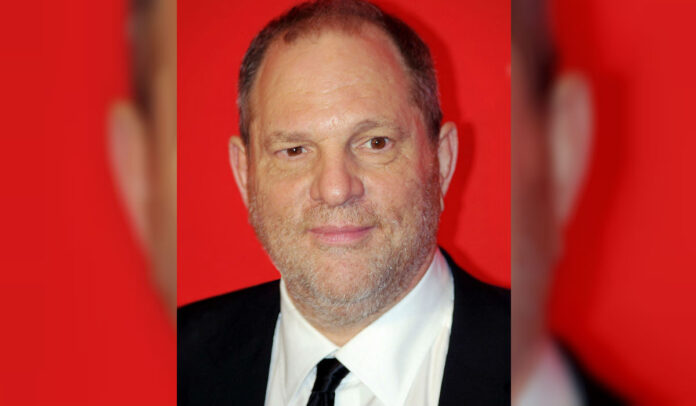 The 67 year-old was found guilty of third-degree rape and first-degree criminal sexual act.

However, he was cleared of the most serious count of predatory sexual assault.

The conviction was welcomed by the #MeToo movement, which campaigns to end sexual violence against women.

“Today, a jury confirmed what we all know: Harvey Weinstein committed sexual assault”, the movement wrote in a statement.

“This wouldn’t have been possible without the voices of the silence breakers in and outside of the courtroom, the survivors who courageously testified, and the jurors who, despite an unrelenting and unethical defense strategy, voted to find an unremorseful Harvey Weinstein guilty.”

The former linchpin of the Hollywood movie scene could now face up to 25 years in jail. On conviction he was placed in handcuffs and taken to a jail on Rikers Island.

Ironically, as he was led out of the courthouse in handcuffs, Weinstein appeared to be walking straight and with no problems, despite months of being doubled-up and shuffling along using a zimmer-frame.

The disgraced Hollywood kingmaker will also face similar charges in Los Angeles in cases yet to be tried.

Dozens of women had accused the feared Hollywood director of sexual misconduct dating back decades.

Among his accusers were famous Hollywood actresses including Gwyneth Paltrow, Uma Thurman and Salma Hayek.

The conviction was announced by Manhattan District Attorney Cy Vance on Monday.

“These are eight women who pulled our justice system into the 21st century by declaring that rape is rape, and sexual assault is sexual assault, no matter what.

“Rape is rape, whether it’s committed by a stranger in a dark alley or by an intimate partner in a relationship.

“It’s rape, whether it’s committed by an indigent person or a man of immense power, prestige, and privilege.

“Rape is rape whether the survivor reports it within the next hour, within a year, or never at all.

“It’s rape, despite the complicated dynamics of power and consent after an assault. It’s rape even if there is no physical evidence.

“Even if it happened a long time ago.”

Weinstein will be officially sentenced on 11 March 2020 and could face up to 25 years in prison, with a minimum set at five years.

“Weinstein, with his manipulation, his resources, his attorneys, his publicists, and his spies, did everything he could to silence these survivors.

“But they refused to be silent. They spoke from their hearts, and they were heard.”