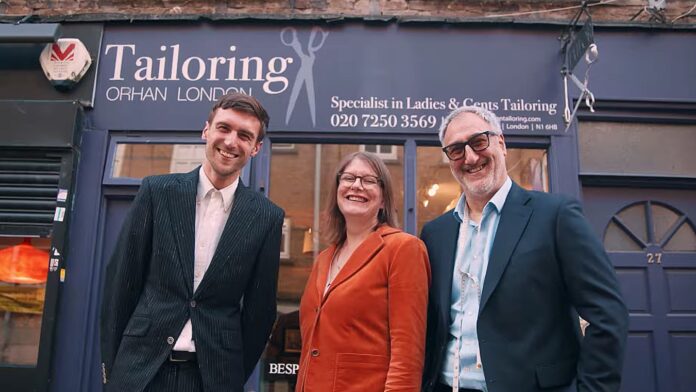 Creative agency House of Greenland has been picked by Google to deliver a creative activation tackling LGBTQ discrimination.

According to Stonewall’s 2017 LGBT in Britain research, one in seven LGBTQ+ people report experiencing discrimination because of their sexual orientation and/or gender identity when in a shop or department store.

Google is fighting against this with a new #OpenToEveryone drive, promoting the need for medium-sized businesses to mark their shops as ‘LGBTQ-friendly’ safe spaces.

House of Greenland campaign for Google

The campaign aims to boost awareness of the need for businesses to identify as LGBTQ-friendly through the use of a specific attribute on their Business Profile, allowing it to be visible to users on Google Search and Maps.

The campaign is based around Google’s Business Profile section, which gives business owners the ability to personalise their profile and signpost their offering beyond just… opening times and location.

Attributes such as ‘women-led’ are available to provide comfort and security, alongside ‘LGBTQ-friendly’.

House of Greenland’s hero video, A safe space that’s made to measure, follows Orhan London Tailoring: an East-End business that offers bespoke wedding suits, primarily for lesbian and non-binary customers who want a choice of outfit that goes beyond the traditional wedding dress.

The film charts Orhan’s journey, and how they came to offer an LGBTQ+ specific tailoring service for lesbian and non-binary women who don’t want to wear a traditional wedding dress to their ceremony.

Happy brides-to-be are seen trying on clothes and chatting with staff, feeling at ease, safe in the knowledge that they are in a LGBTQ-friendly business.

Scrolling through glowing reviews, the short ends with the store’s director, Orhan Kaplan, saying: “Our aim is to create clothes for all women, and what we do here is we make them feel welcome.”

Charles-antoine de Leiris, product marketing manager at Google, said: “According to Stonewall, giving businesses the opportunity to mark themselves as a safe space for the LGBTQ community is a key tool to help combat discrimination.

“Through the LGBTQ-friendly attribute, all businesses can mark themselves as a safe space, and a welcoming environment for customers regardless of their sexual identity.

“House of Greenland has done a great job conveying the joy customers feel and express when this all comes together.”

Martin de Fleurian, co-founder at House of Greenland, said: “Whether a business is LGTBQ-owned or simply an active ally to the community, Google Business’ attributes help people feel safe.

“One of the best ways to combat discrimination is for businesses to self-identity as LGBTQ-friendly, and as businesses reopen after COVID, Google’s asking them to reopen to everyone.”