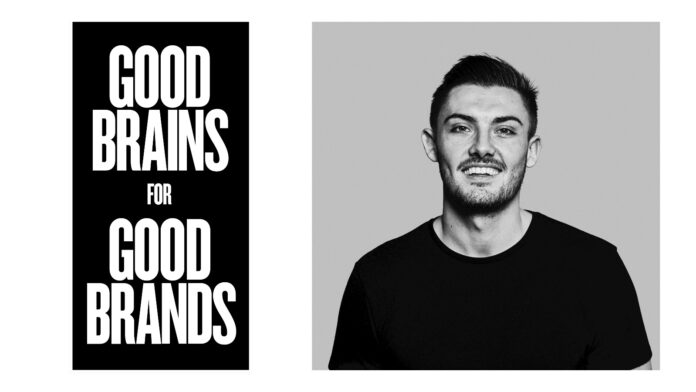 An innovative new social enterprise, Good Brains for Good Brands (GBGB), has launched to connect creative industry talent with charities that need help to raise vital funds and awareness at this critical time for the third sector.

GBGB is launched by the recruitment company, Unknown, to enable creative talent to work with the organisations that need their skills most right now – charities that have lost their traditional means of fundraising as a result of the pandemic.

GBGB provides bespoke dedicated teams from the creative industries who give their time on a ‘low bono’ basis to create effective, impact-orientated campaigns, devise strategies and problem solve for charity brands.

The new enterprise aims to revolutionise the way the advertising industry serves charity organisations, many of whom now face financial devastation because of Covid-19.

The new firm is supported by a network of leaders in the ad industry including WPP Global ECD Cathy Hutton; Carole Davids, GCD at Vice; and Sue Higgs ECD at Denstumcgarrybowen.

Unknown started running the initiative in beta in March last year in direct response to the pandemic. Now Good Brains for Good Brands is launching officially as a standalone social enterprise.

When the pandemic hit, Unknown signed up an emergency response network of talent to help struggling charities.

Within two weeks, 2,000 people had signed up, including designers, writers, strategists, creatives, project leads and producers, with six charities jumping on board, including the Irish Wheelchair Association, Special Olympics Ireland and Beam, which crowd-funds employment training for homeless people.

Within six months, three GBGB campaigns were live including #FundAFuture for Beam, which resulted in £500,000 in free media, and #WithoutYouWe’reStuck for the Irish Wheelchair Association, which raised €35,000 in just a week.

Through GBGB, charities get access to a dedicated team of world-class creative and strategic leaders from across the creative industries.

Each bespoke team, all with complementary skillsets, works quickly and effectively to make a big impact for a cause over the course of just six weeks.

Advertising industry participants in GBGB get access to a membership package with benefits that include professional tools and services, learning and development resources focused on agile ways of working and social impact; a network of the best industry leaders; mentors, coaches and a network of like-minded individuals.

“The third sector is still on its knees and the creative community wants to help” Scott said.

“We want to change how the industry serves this critically important sector. As well as doing good, GBGB provides a chance for people to develop their creative sprint chops, grow expertise around social impact and the third sector and make work that they’re proud of.”

Sue Higgs, ECD at Dentsumcgarrybowen London, said: “Like so many, the third sector has struggled beyond belief during the pandemic.

“So, to be a part of GBBG’s dedicated collective of minds using our creative powers to make impactful work has been joyful. And we’ve only just begun.”

Montana Gerry, Head of Communications at Beam, said: “This is an amazing initiative connecting charities and social enterprises with creative talent.

“Ollie pulled together a stellar team of creatives, art directors, copywriters and designers who worked on an incredible campaign for Beam. It’s been a huge success.”

Matt English, CEO, Special Olympics Ireland, said: “Their collaborative style of working was a breath of fresh air and resulted in a truly meaningful and impactful campaign.

“We are thankful to Ollie and his team at GBGB for giving the ‘Can’t Stop Now’ campaign life. These guys have so much talent and passion and I would highly recommend them.”