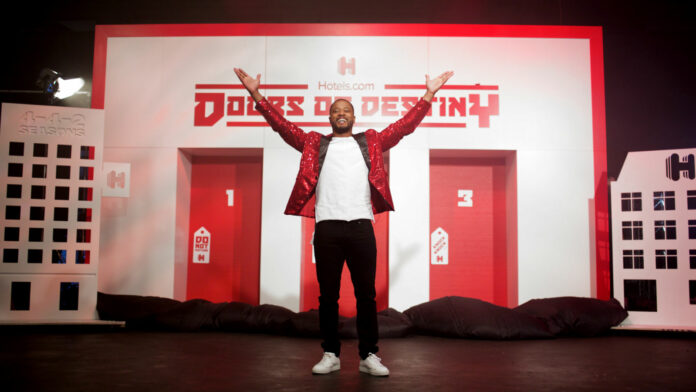 In one of its biggest partnerships of 2019, London publisher JOE Media has collaborated with Hotels.com, the travel booking platform and Official Sponsor of UEFA Champions League.

Going live today (28 November), the campaign comes in the form of a challenge-based content series called ‘Glory Hunters’ hosted by Patrice Evra, with other big-name footballers appearing throughout.

It sees football fans competing for the chance to be closer to the UEFA Champions League action than ever before, even bringing them pitch side with the tournament’s biggest names.

It will also be distributed across France, Italy, Spain, Sweden and across both Hotels.com and UEFA Champions League’s own social channels.

Vikash Jasani, senior brand partnerships director at JOE Media said: “There’s no bigger dream for football fans than getting to witness the UEFA Champions League live and in person pitch-side, and we’re going to make this possible together with Hotels.com in a really unique and engaging way.

“Think, ‘League of Their Own’ meets ‘Takeshi’s Castle’ – this is a TV show scale of execution but for a social audience.

“We’ve been working very closely with Hotels.com to create the most entertaining and memorable way to bring to life their mission of bringing ‘money-can’t-buy’ experiences to people and we’re confident we will achieve that.”

Gary Bansor, brand sponsorship manager at Hotels.com added: “Our collaboration with JOE, and the launch of Glory Hunters, places fans at the very heart of our UEFA Champions League sponsorship.

“Through a series of fun, irreverent challenges we want to demonstrate how Hotels.com can facilitate incredible experiences for fans, rewarding their commitment by taking them closer to the action than ever before.”

Glory Hunters host and UEFA Champions League winner Patrice Evra also said: “It’s great to be back with the launch of Hotels.com and JOE’s Glory Hunters. It’s fun, competitive, wild and definitely not for the faint hearted. Enter if you dare! I literally love this game!”

The Glory Hunters campaign will run over the course of the football season.

Fans can follow all the action on social media, at @FootballJOE and @Hotelsdotcom.