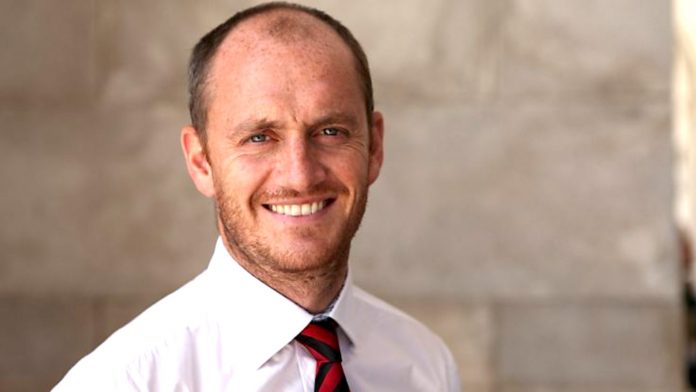 Gerry Gay has been appointed as the new editor of BBC Question Time and will start this role when the programme returns, with a new set, in September.

Gerry is currently editor of The Nine, BBC Scotland’s nightly news programme, and was part of its launch team.

He started his broadcast career at the BBC, where he has worked in editorial roles across BBC news and sports programmes, including Reporting Scotland, where he was assistant editor during the Scottish independence referendum.

Outside the BBC, Gerry also developed and launched a daily news programme in Washington DC.

“I’ve been an avid viewer of Question Time for as long as I can remember, and I’m honoured to be entrusted with one of the most exciting jobs in broadcast journalism”, Gay said.

“There’s never been a more important time for civilised and passionate debate, and I can’t wait to get started!”

Katy Searle, interim BBC Senior Controller of Programmes and Commissioning, said: “Question Time is the BBC’s flagship debate programme, which puts the British public front and centre of the show.

“Gerry’s done a brilliant job developing The Nine and I know he’ll bring the same vision and confidence to Question Time as the programme evolves. I’m delighted to appoint him as editor.”

“A general election is two years away at most. Question Time’s role of giving the public the chance to test ideas and political leaders through debate is vitally important.

“Gerry has shown assured and creative leadership, and I am looking forward to working with him as he steers the programme through big events to come.”

Question Time airs Thursdays at 10.45pm on BBC One and is now streamed live on BBC iPlayer at 8pm.

It is produced by Mentorn Scotland for BBC Scotland.