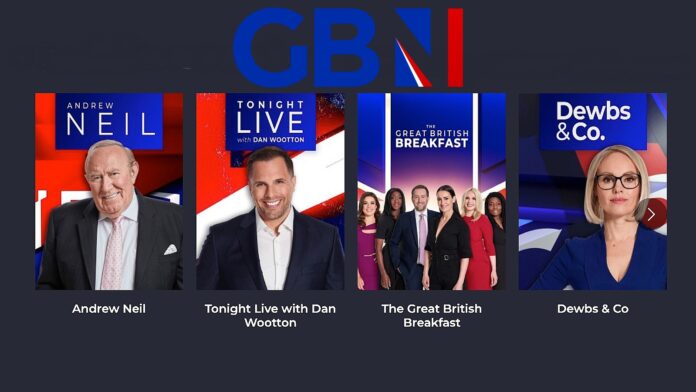 The new channel, fronted by respected journalist Andrew Neil, vowed to tackle the news agenda without all the “metropolitan mindset” or wokery that has seeped into the news industry as we know it currently.

Chairman Neil introduced the new channel in an opening monologue, clearly setting out what we can expect from the channel: “GB News will not slavishly follow the existing news agenda,” he told viewers.

“We are not a rolling news channel nor will we be providing conventional news bulletins.

“But on all of our programmes and platforms you will always know what is going on and what the country is talking about.”

He added: “GB News will not be another echo chamber for the metropolitan mindset that already dominates so much of the media.

“It is our explicit aim to empower those who feel their stories, their opinions, their concerns have been ignored or diminished. We are proud to be British. The clue is in the name.”

As with any new broadcast operation, GB News suffered its own share of technical issues and on air fails.

Hilariously, show guest Nigel Farage was suddenly cut-off mid sentence and replaced by an advert. Clearly this was the work of an overzealous producer/gallery director too keen to stick to rigid ad breaks.

GB News said it wants to do it all differently; so why not let a guest speak and go to the ad break a few seconds later? Will the world really end if the ad break timings are flexible? No, we thought not.

Lord Sugar was another guest caught up in the glitches; even joking that perhaps the channel would like some of his old computers.

There is clearly an audience for GB News. It boasts 247,000 Twitter followers already.

Mediashotz feels the set though, is a missed opportunity. Watching it one can’t help but feel it has something of the night about it. Could this be a hangover from Neil’s late night spots on the BBC? This could be easily adjusted, so let’s keep watching to see.

The news channel said it wants to take on the hard left attitudes, intolerance of differing opinions and woke responses that appear to have taken over the mainstream UK news sector. We feel this is long overdue.

Whatever happened to impartiality in journalism, giving equal measure to all sides, and being real in the real world?

We wish them the best of luck. It’s always good to have more news options available.

The news channel has made much of its line-up of “strong personality” presenters in front of the camera. It includes x-Sky reporters Kirsty Gallagher and Colin Brazier, Apprentice winner Michelle Dewberry, and Mercy Muroki.

However, it remains to be seen whether those organising the shows behind the camera have been selected along similar lines.

I’m A Celebrity heads back to Wales for 2021 series