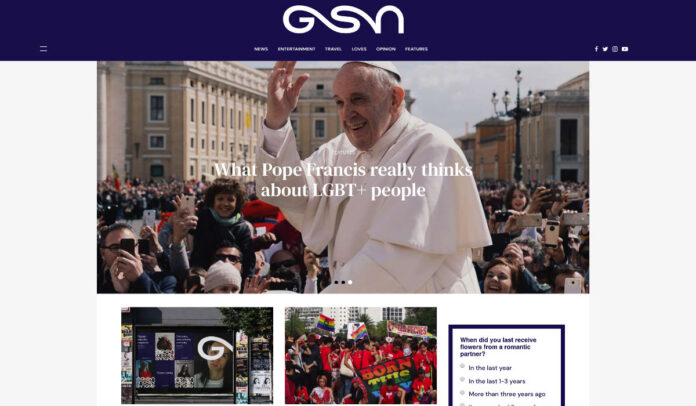 As a ‘soft relaunch’ GSN has started posting stories to a rebranded site with a new strapline “Truth & Unity”.

The site was originally created in London by founders Tris Reid-Smith and Scott Nunn back in 2011.

However, after the company relocated in 2019 to costly new offices in London’s East End, GSN ran into funding issues.

Reid-Smith and Nunn said they were “too devastated to speak” at the time of the collapse.

The news shocked the LGBTQ media world, with many rival sites expressing their sadness at the collapse.

The GSN brand was bought by London-listed Iconic Labs in September for £1. Iconic reportedly said a the time that, as the title had generated £500,000 of revenue in 2018 this indicated, it would easily repay the £33,000 owed to liquidators.

After publishing occasionally over the festive season, GSN started tweeting stories on Monday 27 January as part of its soft launch.

One of the first stories, penned by Reid-Smith covered a survey showing that most people in the Czech Republic back same-sex marriage laws.

Another carried the headline: ” What Pope Francis really thinks about LGBT+ people”.

The company is currently operating out of Iconic’s Soho offices in Central London.

We wish them the best of luck.