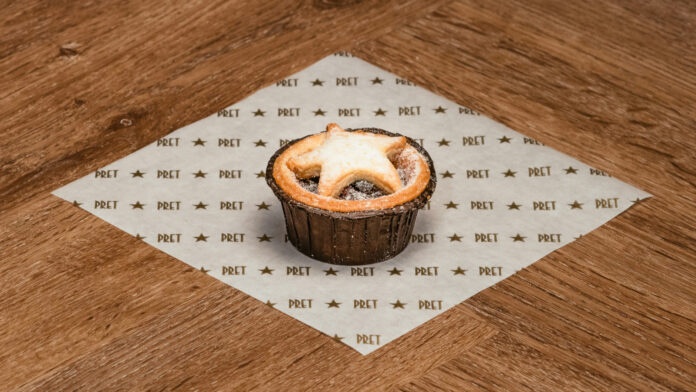 Deliveroo has teamed up with Pret A Manger to find out what really makes us get in the festive mood and shock horror – food plays a huge role in our yuletide happiness.

Of course, no surprise that this research comes from one of the best known food delivery firms around, eh. Hey, it’s Christmas, so let’s just go with it.

In 2019, seven of the top fifteen traditions that give us the most Christmas spirit are food and drink related, with mince pies singled out as a key driver for festive feelings for a third of Brits.

Now, we love a mince pie, but equally, a new iPad or skateboard would definitely trump that.

Top 15 Traditions that inspire the most Christmas Spirit:

Now wait for this. Deliveroo said food will be more important than ever this year as the average Brit will eat 17 mince pies, six and half Christmas sandwiches, six glasses of mulled wine, four Christmas lunches, four glasses of eggnog, ten brussels sprouts, ten pigs in blankets and eight slices of ham between now and Boxing Day.

But where are people eating all this food? It used to be that Christmas lunch was only ever eaten on Christmas day, but with the average Brit now attending more and more Christmas parties before the actual day itself, it’s no wonder where all of those mince pies are going. In fact, so popular have Christmas parties become, there are now venues that host them especially. For example, there are lots of Christmas party venues in Edinburgh listed here on VenueScanner, and that’s just a snapshot of the UK as a whole. Christmas lunch is no longer reserved just for Christmas day, with the whole of December now having pigs-in-blankets everywhere you look.

The brand new study found that Brits are most likely to start feeling festive on 1 December (36%) when they open their first advent calendar window, followed by 10 December (25%) when the Christmas party season kicks into full effect.

Some hardcore Christmas fans (5%) say they begin to look forward to the festive season from 1 January. Really?

The survey comes as Deliveroo teams up with Pret A Manger to give Brits a free mince pie with every order made through the food delivery app.

In addition, Deliveroo riders will be making special deliveries to offices across the country of giant presents filled to the brim with Pret A Manger’s festive treats, including their famous range of Christmas sandwiches.

According to the survey, a third of Brits say they immediately devour a mince pie as soon as they get in the Christmas spirit, with 25%, preferring to opt for a festive flavoured coffee instead.

Food was voted by Brits as their favourite part of the Christmas experience, followed by presents and drinks.

These were closely followed by getting some much-needed time off work, Christmas songs (hello Mariah, we’ve missed you!) and office parties.

Staying positive despite the current gloomy outlook in the UK, 54% of respondents believe this Christmas will be the best ever.

So, if you really are feeling festive, you can claim a free mince pie you just need to place an order from Pret A Manger on the Deliveroo app from now until Christmas Eve.