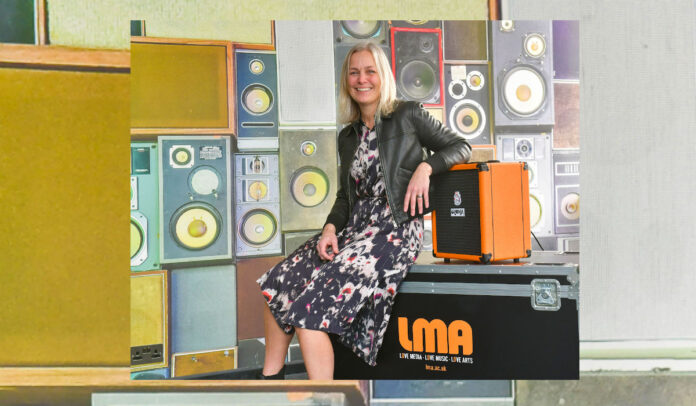 Maher is a professional cellist, who has showcased her talents at iconic venues across the world, including the Royal Albert Hall.

She will head up the new LMA London campus, which is located at the Broadcast Centre, Here East, in the Queen Elizabeth Olympic Park.

Taking the reins from May 2020, Jenni will be at the forefront of the new site’s launch, as LMA – which is co-owned by global superstar Robbie Williams – expands outside of Liverpool.

Maher, who is originally from Newham, said: “From the minute you meet anyone at LMA or step into one of their buildings, you instantly feel welcome and one of the gang.

“It has a real family feel that runs right through the students, tutors and owners.

“For me, this move is a chance to return to my roots; not only am I literally going back to the area where I grew up, but I’m also able to tap into my creativity and passion for music and the performing arts, and I can’t wait to get stuck in!

“I’m extremely honoured to be at the helm of LMA’s first foray outside of Liverpool, supporting our students’ development.

“I’m confident that the incredible LMA vision, high quality leadership team and high class level of teaching will be the springboard for future stars’ thriving careers.”

Young hopefuls looking to secure a place have been put through their paces in a series of auditions and interviews over the last few months, with applications still flooding in from prospective students.

The new campus’ launch follows global star Robbie Williams coming on board as co-owner in 2019, having mentored the LMA Choir on The X Factor the previous year.

The singer had formed a strong connection with the choir, which were formed at LMA, and vowed to provide his expertise and guidance after the series ended.

Richard Wallace, co-founder of LMA, said: “Bringing Jenni on board as our new principal at Here East is a major milestone for us – not only is she incredibly talented and respected in her field, but her passion for developing the next generation is undeniable.

“Since we first launched back in 2009, our students have come to us for more than a degree; they come to develop and enhance the skills needed to truly excel in the creative sectors.

“As soon as they walk through our doors, they are part of the LMA family for life.

“We knew that Jenni would fit in perfectly and we have no doubt that she’ll play an instrumental role in taking LMA into a new era.”