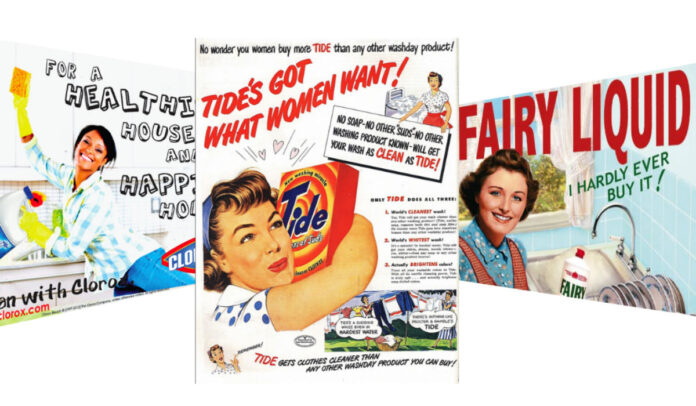 A new study has revealed that female stereotypes in advertising are declining.

Overall, a quarter of the UK population thinks the perception of women in both society and ads has changed for the better in the past three years.

Less than one in three women (31%) now say that ads make them feel like they’re not good enough.

Although still high, this is significantly down on the 44% who felt that way three years ago.

The study was carried out by media agency UM among 2,000 Brits aged 18 and over, following on from its seminal research of 2017.

It suggests that the Advertising Standards Authority (ASA)’s crackdown on adverts that reinforce gender stereotypes has borne fruit.

Feminism also on the wane

The research also found only a quarter (27%) of UK women would now self-define as ‘feminist’; down from 46% three years ago.

According to women, the most common female stereotype still seen in popular culture and the media is ‘bimbo’, followed by ‘bitch’.

Unsurprisingly, both stereotypes are considered offensive by more than half of UK women (55% and 74%, respectively).

“Since the ASA changed its rules, brands have had to be smarter in how they portray both men and women in their advertising”, said Michael Brown, partner, cross-culture and insight at UM.

“Unrealistic and insulting stereotypes will no longer pass muster.

“The decline in women who consider themselves as feminists is perhaps more concerning.

“It may be that fewer now feel the need to be feminist in a less stereotyped world; but it may also be that the word is seen to lack sufficient impact.”