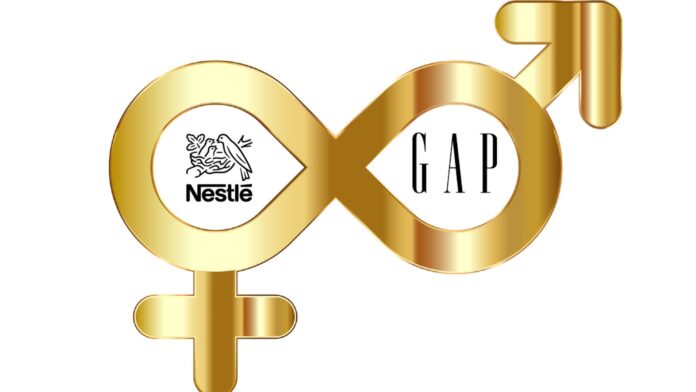 Do you think of brands as having gender? Well, according to two professors at a Paris business school, they definitely do.

The study, published in the Journal of Marketing this month, analyses how linguistic characteristics of a brand name lead to the implicit transfer of gender-associated qualities to the brand among English-speaking participants.

These perceived qualities in turn influence important brand outcomes, such as attitude and choice, which subsequently effect brand performance. The authors refer to this effect as the “feminine brand name advantage”.

While previous research on linguistic brand name gender has focused almost entirely on the effects of individual sounds, the authors note that gender perceptions are driven by multiple linguistic properties, not only phonological, but also morphological.

Is Nestlé a girl and Gap a man?

For example, there is no obvious reason to consider the companies Nestlé or Gap as feminine or masculine. Yet the authors highlight that these names differ in three key properties.

First, Nestlé has more syllables than Gap. Second, the stress in the name Nestlé is divided between two syllables, rather than one.

However, the authors noted that the “feminine brand name advantage” is attenuated when the product is utilitarian (e.g., washing machines, computers) vs hedonic (e.g., designer clothes, chocolate, music) and when the typical user is male.

The study’s findings yield important implications for both the theory and practice of brand marketing, shedding light on best naming practices.

“One of the most important aspects of a brand is its name, yet it is often underestimated”, the authors said.

However, the authors warn that brands with a well-established masculine name should not rush to discard it and suggest instilling masculine brand names with warmth via feminine sub-brands, brand extensions, or logos instead.

Finally, although the study was conducted among English-speaking participants, the findings suggest that some of the linguistic effects are robust across languages.

However, the authors advise managers to take into account the differences in naming conventions and gender stereotypes between cultures, and to employ target market surveys to address this.