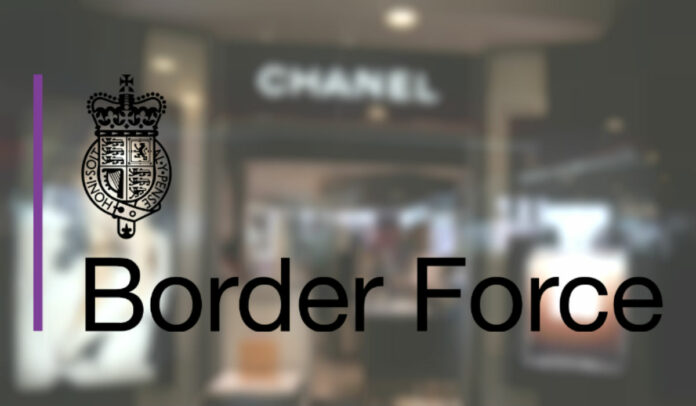 Counterfeit designer label scarves, sportswear and electrical equipment are among thousands of counterfeit items seized by the UK Border Force in the run up to Christmas.

Since the start of November, items detained by Border Force have included:

All the seized counterfeit goods originated in China, the Government agency said.

“This Government is committed to cracking down on criminals and the trade in counterfeit goods”, Security Minister Brandon Lewis said.

“People who deliberately purchase counterfeit goods are funding and supporting serious and organised criminals and their illegal activity.

“These seizures show how effective Border Force officers are in cracking down on criminality across our ports, airports and mail hubs to keep fake, counterfeit goods out of the country.

“Their critical work protects legitimate business and ensures that smugglers do not profit.”

Once counterfeit items are detained, Border Force’s specialist international trade teams work with the owners of big brands to establish whether goods are genuine.

If they are fake the goods are destroyed, and the rights holders must decide whether to privately prosecute the importers.

Consumers who believe they have purchased counterfeit goods are advised to contact Action Fraud, their local Trading Standards office or visit the Citizens Advice website.

Anyone with information about activity they suspect may be linked to smuggling should call Crimestoppers on 0800 555 111 or go to https://www.gov.uk/report-smuggling