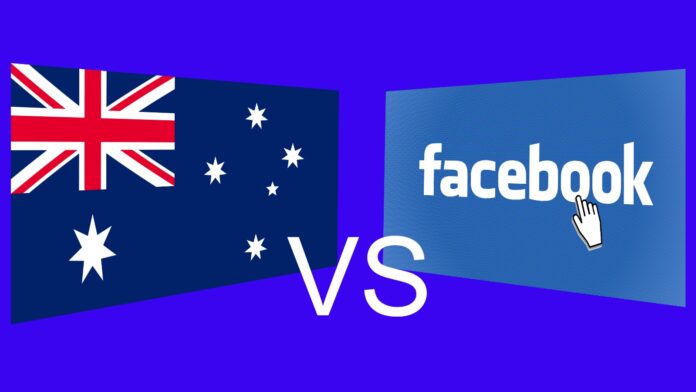 It’s the most powerful non-nation on the planet, but the decision by Facebook to ban Australian news from its platform could signal the start of a global reckoning for social media.

We all use it and love and loathe it in equal measure, but social media has grown out of all proportion.

For the last 20 years it has been allowed to move into every area of our lives, in many ways unchecked, to the point where it now has the biggest ‘population’ on the planet and is bigger than most, if not all, nations.

It’s the single most obvious reason billions of advertising dollars, pounds, euros, yen, etc are now flowing away from traditional news publishers – like those at the centre of the Australian uproar – and onto powerful and vastly unregulated social media platforms.

Most powerful entity in history

There’s never been anything or anyone as powerful in history than Facebook and Mark Zuckerberg. Less powerful regimes have been toppled for getting too big for their boots, and one can only guess at how nations will address this new problem with social media.

These platforms make their money out of exposing us – the public, or ‘users’ to give us our drugs related moniker – to advertising; a lot of it. It’s the advertisers who pay and who are falling over themselves to throw their marketing budgets at the likes of Facebook, Instagram, TikTok, Twitter, Google, YouTube et al.

It’s only natural of course. Any marketing manager worth their salt is going to go where the people are to get the max exposure for their product. Social media has become that hot spot.

But we are all beginning to realise that there’s a problem. And it’s a big one. Social media platforms increasingly want to dominate us and the rights we need to sign away in order to use them. The law simply hasn’t caught up with any of this. Ironic, when you think that laws are supposed to be designed to protect the societies they serve.

The fact that Facebook thought it might be okay to block the news publishers of a G7 nation shows just how power drunk the management of the platform must surely be.

As a young technology reporter back in the mid 1990s I wrote about the dotcom revolution and how technology was about to alter the DNA of our planet.

I wrote about how laws and legislation across the world would not be able to adapt and update quickly enough to stop the march of the new empire of technology. It was often referred to as a paradigm shift. We used to joke that ‘shift happens’.

Facebook’s banning of Australian news outlets on its platform is a dangerous and perhaps fatal move by big tech. Neither individuals, nor companies should ever mess with governments, leaders or nations.

I think Australian will still be here long after the likes of Mark Zuckerberg, Facebook, Instagram etc have imploded. This could be a push too far.

The Daily Mail ran with the headline ‘Facebook declares war on Australia’ earlier today. If you’ve been around as long as I have, you’ll know that this could get very bad for Mark Zuckerberg.

Sadly, he will think himself too invincible to be challenge. Not no-one ever is. Greater men have fallen.

One of the biggest trending topics on the web right now is #deletefacebook. It started with the slightly less severe #boycottFacebook and is gathering pace with every hours.

Politicians, tech bosses and advertising powers must surely be asking themselves how this is likely to play out.

Where would Facebook be without its billions of ‘users’? How is Instagram even still operating given the well documented ‘crimes’ the platform commits against its innocent users daily? Just click on any tweet posted by Instagram’s foppish and intensely irritating boss Adam Mosseri to see how people are screaming out for help over their ‘disabled’ profiles.

I have to declare that I’m also one of the Instagram ‘missing’. In September last year my Instagram account markjohnson_writer was suddenly disabled. I had no idea why and for six months now I’ve been diligently trying to get an answer.

I’ve sent copies of my passport to both Instagram and Facebook and even sent them back pics of codes they asked for – all to no avail. I even begged Adam Mosseri directly for help. Nothing.

This shows you how fragile and unsafe social media is. Instagram can’t even safely look after the profiles of citizens – so how can firms like it be relied upon to behave fairly within the countries they operate?

Laws need to change and catch up. Last year the US banned TikTok. Imagine if Australia banned Facebook and Instagram. And then imagine if a few other nations also banned these extraordinarily large and immensely powerful social media platforms?

How would that work for Mr Zuckerberg’s bottom line? Would Adam Mosseri still be ignoring his harshly treated users if he thought losing them could be linked to losing his vast income? I’m sure egos would be severely tested.

There is a reckoning coming for social media. It’s long overdue and who knows what it will be like. But it is coming and sadly, the great and powerful men – it IS sadly, mostly white men – behind thee platforms will realise that they like every big man in history will have their fatal flaws exposed.

I think Zuckerberg’s will be his inability to listen and treat his fellow global citizens with the respect they deserve. It’s a shame that ethics – much bandied around in the social media world – never seem to be championed by the socially reclusive leaders of these fragile platforms.