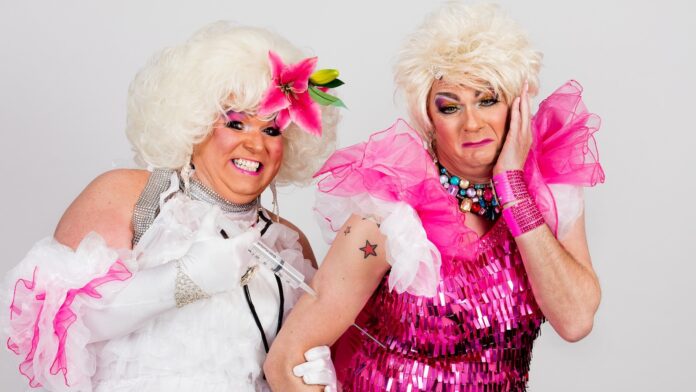 New research from the University of Roehampton and Bournemouth University has revealed the growing popularity of drag has made it an increasingly viable career path for performers in the UK.

However, the report also reveals that most queer artists are still excluded from traditional creative and performing arts.

The study, published in Sociology, drew on interviews with 25 drag performers in the UK and Ireland about their changing experiences of drag.

As the success of Rupaul’s Drag Race UK, broadcast on the BBC, has helped push drag mainstream, the research discovered a rising attraction in drag performance as a career that can bring celebrity status and helps attain privileged positions in LGBTQ+ scenes.

The growth in popularity has resulted in more income streams for drag artists, including through corporate work, touring US drag shows, and the rise of drag competitions.

However, performers noted significant experiences of exclusion from other creative and performing arts as a damaging consequence of drag going mainstream, pushing them towards drag.

Stereotyping of particular roles means many queer artists are seen as “not leading man material”, while the artistry of drag is downplayed in some arts and education venues.

The rise of Rupaul’s Drag Race UK is emblematic of a broader shift in the British public’s consumption of drag performance.

Once mostly found in LGBTQ+ venues or as a break-out star, drag is now found on British TV, in its theatres and art galleries alongside queer venues.

This is a marked change from only a few years ago when drag performers were stigmatised within many queer spaces.

Social media and more progressive attitudes toward sexuality in mainstream culture have also played important roles in the rise of drag in the UK.

Mark McCormack, lead author of the research and Professor of Sociology at the University of Roehampton, said: “The vibrancy, talent and skill of the British drag scene in the UK is amazing and it is fantastic that British drag performers are gaining the recognition and visibility they deserve.

“The success of Rupaul’s Drag Race UK is testimony to this depth and breadth of talent, but it can also hide real issues that many performers experience.

“Many drag performers are working several jobs and have to put all their money back into drag as audiences expect more and more from drag performance.

“We need much greater understanding of the precarity many drag performers experience even as drag has gone mainstream.”

Dr Liam Wignall, Lecturer in Psychology at Bournemouth University, said: “The impact of Covid-19 has shown how precarious and in need of support the arts and cultural industries are in general.

“Even with mainstreaming, drag occupies a marginal position within this context and there is scant cultural policy that supports drag in particular.

“Given how meaningful drag is to queer cultures, it is important to think how it can be supported moving forward.”

The research was completed before the insurgence of the Covid-19 pandemic, and Prof Mark McCormack is starting a project to understand how this sector has been harmed by UK lockdowns.

Commenting on this he said: “The success of drag is a good news story, but the broader context is that many drag performers experience marginality for a number of reasons.

“Doing drag is hard work, made harder by the terrible consequences of Covid-19. We should continue to celebrate drag through mainstream shows and think about how to support local drag performers through this difficult time”.

A copy of the research paper is available here.