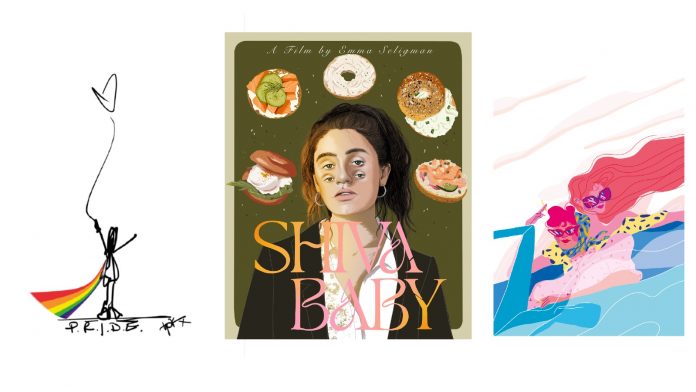 The eleven pieces of art now on display at the Kings Cross venue have all been donated by members and allies of the LGBTQ+ community.

Everyman is proud to be working with Illo Agency, whose aim is to connect progressive brands with diverse, genuine and unique talent to communicate their message and champion good causes.

The exhibition will draw to a close on Thursday 24 February with Everyman hosting a charity gala night auctioning the artwork to attendees in aid of Stonewall; the largest LGBTQ+ rights organisation in Europe that was founded in 1989 by a group of political activists including Sir Ian McKellen, Lisa Power, and Michael Cashman.

As part of the gala evening, guests will be able to watch a special screening of Matthew Warchus’s 2014 movie Pride in which LGBTQ+ activists work to help Welsh miners during their strike action in the 1980s (if you haven’t seen it before, it’s a real feel-good tear-jerker).

Sit back in the iconic velvet sofas with a cocktail or glass of something sparkling to celebrate this year’s LGBTQ+ History Month at Everyman Cinema’s Charity Gala.

Tickets for this event are available to purchase now from everymancinema.com priced at £19.10 per ticket, with all proceeds going to Stonewall.