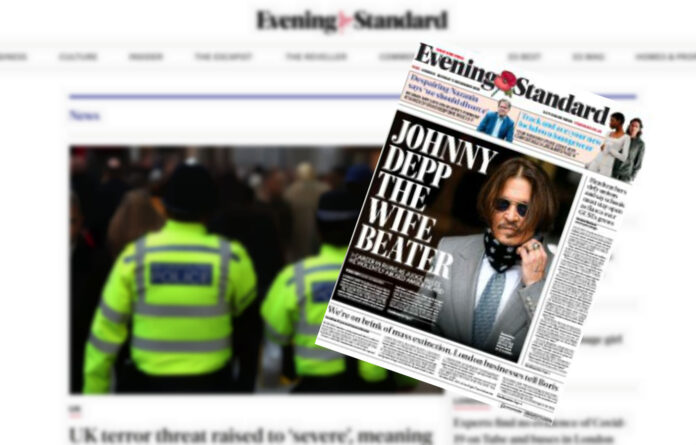 The Evening Standard has made a number of senior appointments across its commercial and editorial teams.

Evolving to meet the needs of today’s brands and audiences, the editorial and commercial teams will ensure the Evening Standard continues to deliver the top-quality print journalism and digital services it is known for, the paper said, while launching innovative new products, such as Brand Stories, launched in September.

Reporting to James White, who was announced as Commercial Director of the Evening Standard in February, a new senior team will be responsible for leading on commercial strategy.

Guy Phillips has been promoted to Chief Revenue Officer, an expanded role with cross-platform responsibility, and will be leading the newly formed Media team.

Phillips returned to the Evening Standard, from The Telegraph, in 2016 as Head of Publishing.

Having joined the Evening Standard in 2013, Dan Locke becomes Chief Commercial Content Officer, a new role tasked with creating and commercialising a diverse range of multi-platform content solutions for brands to actively engage with at the title.

John Tulley, Head of Commercial Operations has been promoted to Commercial Chief Operating Officer. Tulley will be running the newly formed Intelligence Team tasked with powering the commercial business with strategic and data-driven insights.

Charlotte Ross has been promoted to the newly created role of Publisher. Having been with the business for 14 years, she will be using her knowledge and expertise to progress the combined editorial and commercial strategy delivering a cohesive product for readers and brands, and will play a pivotal role in the shift to a digital first culture.

Mead has been an integral part of the leadership team overseeing distribution and operations for the last six years and will now also take on board the business’s financial operations.

This role follows five years as Deputy Editor of ES Magazine where she played an active role in the relaunch of the title and the development of the brand across print, digital, social and live event formats.

Having joined from the Financial Times in early 2018, his new role encompasses all aspects of the Evening Standard brand including new digital products recently launched and currently in development.

Charles Yardley, Chief Executive of the Evening Standard, commented: “With our new senior team in place, we are well-positioned for the next phase of our evolution as London’s most-loved media platform.

“I am delighted to announce these appointments and look forward to working with them all closely as we continue to navigate these challenging times and drive our iconic news brand forward while delivering the high-quality journalism and services that our readers and partners look to us for.”