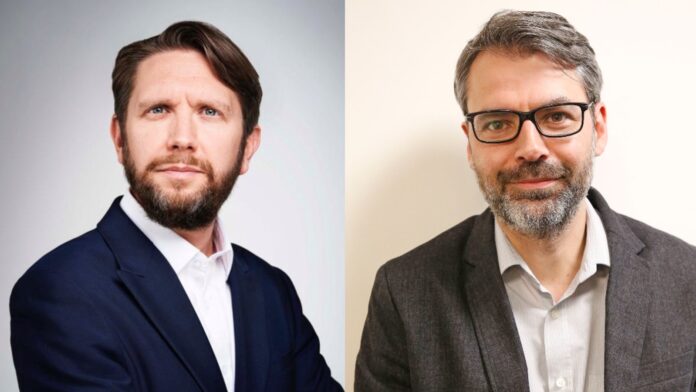 The Evening Standard has announced the appointed of a new Deputy Editor for News, and Associate Editor in Digital Operations.

Jack Lefley (left, main photo) has been promoted to Deputy Editor (News), having been at the Evening Standard for 14 years and worked in many capacities across the operation.

He was most recently Executive Editor and Head of News, where he led an agenda-setting news team.

The newspaper said he will continue to oversee news on all of our platforms while stepping up to take on a broader range of editing and management responsibilities.

Hunter has been instrumental in the company’s pivot to digital first working, delivering a new CMS and retraining the entire team to work across platforms.

He will continue to evolve our digital offering, introducing a range of innovations to help our business operate more effectively, and retains responsibility for the team’s digital training requirements.

The promotions come a week after former Editor-in-Chief George Osborne announced he was quitting the his role on the London newspaper to take up a position as an investment banker in the City.

The former Chancellor of the Exchequer will take up the new role at investment firm Robey Warshaw.