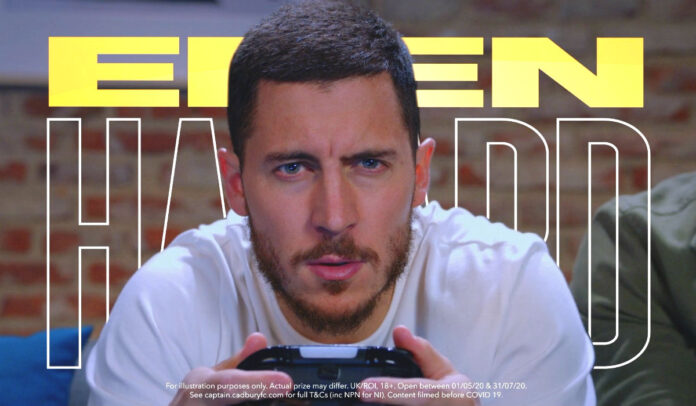 Cadbury and Maynards Bassetts are launching a new campaign that sees them team up with top-flight football captains Harry Kane, Virgil van Dijk and Eden Hazard.

The initiative was developed in partnership with creative agency ELVIS.

Captains to be won

‘Win the Captain’ gives consumers the opportunity to win an experience day with Kane, Van Dijk or Hazard; as well as one of 1,000s of other prizes – including esports activities, VR experiences, bubble football games, stadium tours and five-a-side pitch hire.

The campaign builds on Cadbury’s ongoing strategy; which has seen it bringing people the best activations and prizes via football every summer.

To enter the promotion, shoppers are encouraged to buy a special pack – which feature images of the three recognisable captains – and visit captain.cadburyfc.com to enter a bar code and batch code.

The promotion can also be entered via standard packs.

These playful vignettes help to bring the consumer closer to their favourite players and broaden the appeal beyond football. This is supported by in-store activity.

Media strategy and buying for the campaign is by Carat UK and talent management is by MKTG. Social content was produced by Craft Studios.

“Hot on the heels of our successful Cadbury Legends campaign, we’re excited to launch our new football-themed activity, as we do every summer”, Mathieu Maggi, Brand Manager, Bitesize, Mondelez, said.

“The promotion has a simple entry mechanic, and amazing prizes on offer for a huge number of people; which should mean everyone has the chance to get involved over the summer months.”

Neale Horrigan, Executive Creative Director, ELVIS, added: “It’s great to be part of Cadbury’s continued association with football. We’re lucky to have three of the biggest names in football as Cadbury ambassadors, starring in our social content.

“Our playful films bring fans closer to their heroes; giving them an insight into what they enjoy doing during their time off; and showing that fans can actually join them in real life, too.”