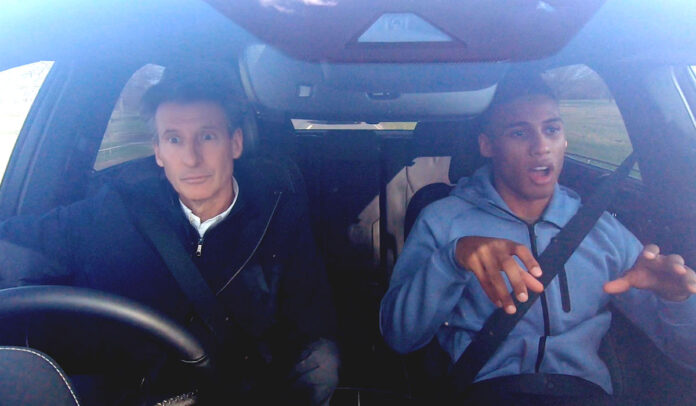 Both take the lead in the film for the Lexus RX Hybrid, created by Digitas for Lexus UK.

The Power of Two reveals what happens when the wisdom of experience meets the raw potential of a new generation.

In the 12-minute film Lord Coe, an Olympic gold medal winner and current President of World Athletics, takes 20-year-old Alex Haydock-Wilson out for a spin in his Lexus RX Hybrid.

The two men find out a lot about each other along the way.

Here’s the trailer to the longer film…

Haydock-Wilson, who embodies the raw potential of a brave new generation, opens up to Lord Coe about challenges he faces, his attempts to impress the girls and his love of grime music.

As one of the most influential figures in world sport, Lord Coe symbolises the power that comes with achievement.

He shares his own motivations and setbacks with Haydock-Wilson, as well as revealing his love of jazz.

The chemistry between the two men produces a film full of humour and insight. This, despite the fact they are at very different stages in their careers.

The men’s rapport emerges as their conversation spans the power of life, sport, and hybrid vehicles.

Digitas created the film to feature in an interactive player on the Lexus UK website, which allows users to explore the conversation further.

It was filmed before the UK lockdown was introduced.

“Taking a drive with one of sport’s most powerful and progressive figures is always going to be interesting”, Ewan Shepherd, director of Lexus UK, said.

“By inviting Seb Coe to share his RX Hybrid with a young athlete who embodies the dynamic power and potential of a brave new generation, we captured something really fascinating.

“The way we generate and use power today is very different to how it was done in previous generations; and this is clearly illustrated in the film, making the chemistry between Seb and Alex all the more captivating.”

Emma de la Fosse, CCO at Digitas, said: “Celebrity brand relationships are always tricky; but the natural rapport between Alex and Seb has turned this into a really authentic, warm and engaging piece of content with some great humorous moments.

“It will help put the Lexus RX Hybrid in front of new audiences; as well as connecting with those who already love what this brand does.”