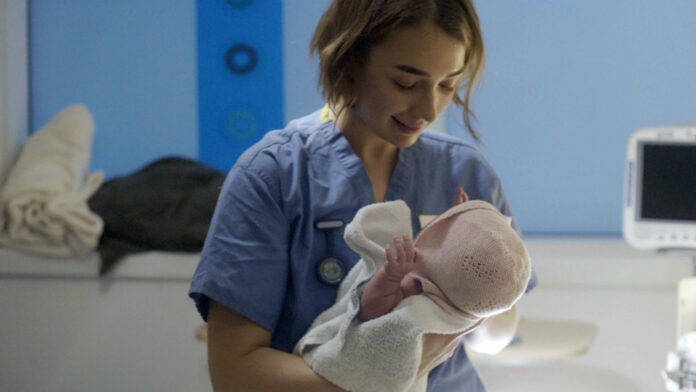 UK food delivery firm Deliveroo has announced the launch of its first ever Christmas advert #ForTheMidwives, which pays tribute to midwives who work tirelessly over the festive period, giving the best ever delivery service.

Deliveroo created the advert to highlight the compassionate, incomparable work of the 200,000 midwives up and down the country.

For every delivery made throughout December, the British company will make a donation to UCLH Midwives because, as the advert says, it is proud to be the second best delivery service in the country and wants to give back during this special time of year.

The emotive film starts with a real midwife named Katy, aged 26, talking about her job and the sacrifices she and others make to deliver the most magical of gifts: a child.

The film, entitled ‘For The Midwives’, has been conceived to celebrate this Christmas campaign to support midwives.

Deliveroo worked directly with midwife, Katy, to uncover the stresses, joys and emotions that are all part of the service of delivering babies which form the final advert.

The film documents unsung hero on a normal working day. It starts with the alarm waking her at 4:30am, she then makes her way to the hospital where she is greeted by enthusiastic colleagues and nervous parents alike, never knowing where her shift might take her that day.

Katy, a Midwife from University College London Hospital (UCLH), said; “It takes a lot of training and a lot of hard work to become a midwife, it’s a calling, a way of life rather than just a job.

“It’s been incredible to see just how much this glimpse into the day-to-day of a midwife has resonated with the British public.

“It’s a special time to be part of. What’s better than helping a new family on Christmas Day.”

Midwives are busier than ever and on Christmas day alone thousands of midwives are expected to welcome around 1,400 Christmas babies into the UK.

This December, Deliveroo is set to raise at least £100,000 for midwives which will be a combination of a donation from the company and fundraising from customers.

The money will go to University College London Hospital.

Will Shu, Founder and CEO at Deliveroo said: “The Deliveroo team has been truly humbled spending time with these highly skilled healthcare professionals.

“We’re happy to be supporting the amazing work of midwives this Christmas and shining a light on the everyday heroes that make up the UK’s best delivery service.

“At Deliveroo we talk about deliveries every single day but we recognise that some deliveries are more important than others and we take our hats off to them.’