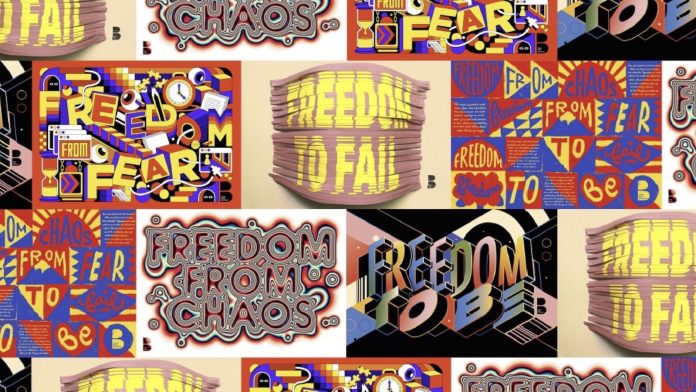 Since their inception, the Four Freedoms; Freedom from Fear, Freedom to Fail, Freedom from Chaos, and Freedom to Be; have been a foundational part of DDB values and a differentiator of the network’s culture for decades.

As the world has evolved, DDB leadership felt it was important to update the Four Freedoms to reflect the shifts in culture and how exceptional creative work is produced.

So in 2022, the network has reimagined the four principles to further strengthen culture and ensure staff at all levels across the network embody these values.

While the original Four Freedoms was a guide to management and how to lead a team, the relaunch reflects both top-down and bottom-up ownership, inclusive of every level in the organisation.

The re-articulation of the Four Freedoms is a foundation for setting the right behaviours and cultural tone, DDB said, adding that its culture doesn’t live in isolation. “We need the right type of people and strengthened culture to catapult us to becoming a future-forward integrated creative powerhouse—the best creative agency in the world”, it claimed.

DDB Worldwide Global Chief Executive Officer Marty O’Halloran said: “It is clear that the key ingredient to a culture that inspires and fosters creativity is the presence of freedom.

“Inspired by the same Four Freedoms Keith wrote years ago, we are empowering all of our staff at every level to embrace and live these values in their daily work and client interactions.”

The re-articulation also includes a new element, a set of behaviours which individually and collectively, describe the behaviours that will help DDB live and breathe these values.

The five behaviours include; Empathy, Trust, Inclusion, Humility, Drive. These Four Freedoms and behaviours underscore the agency’s shared accountability to each other and its clients. They reset the bar for behavioural expectations in its culture.

Behind the re-imagination and relaunch is a cross-functional global team. The team extends special thanks to Keith Reinhard for his contributions and endorsement of the re-articulation.

DDB Worldwide Chief Diversity, Equity, and Inclusion Officer Nikki Lamba said: “The world as we knew it 35 years ago, when the Four Freedoms were originally written, is unrecognisable in many ways.

“Globalisation has created a more connected and interdependent world, where cultural and demographic diversity have drastically impacted our daily environment and consumer behaviour.

“Our ability to be successful in a world that continues to change continually rests on our ability to foster an inclusive culture that prioritises freedom.”

DDB Worldwide Chief People Officer, Roisin Rooney, said: “This is more than just words on paper to us. These freedoms and key behaviours are the underpinnings of how we conduct business and inspire each other every day.

“Every one of us will live them differently, creating environments that truly allow our Four Freedoms to thrive and for all of us to do the best work of our career.

“Together we will make them real and credible by holding each other accountable to living to those values.”

DDB on its FOUR FREEDOMS