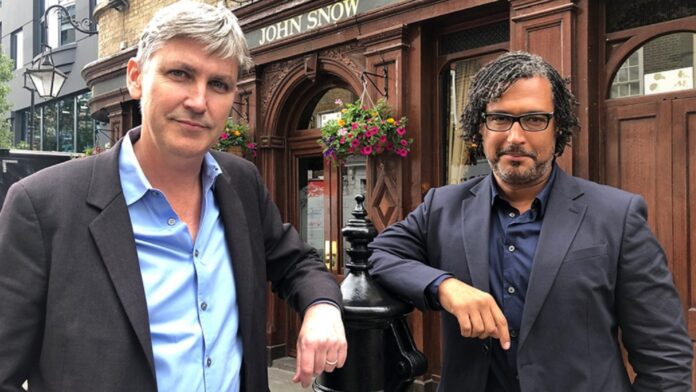 Set in the context of the current Covid-19 crisis, this series explores the lessons learned from previous global pandemics – including smallpox, cholera, the Spanish flu and others – and reveals how scientists, doctors, self-experimenters and activists launched a public health revolution, saving millions of lives, fundamentally changing how we think about illness and ultimately paving the way for modern medicine.

Historian and broadcaster David Olusoga (Civilisations, Black & British: A Forgotten History) and best-selling author Steven Johnson (The Ghost Map, How We Got To Now) combine their expertise to guide viewers across 300 years of medical innovation and go behind the scenes of modern medicine to meet the unsung heroes who are tackling Covid-19 and other public health threats.

Olusoga and Johnson shed light on scientific breakthroughs and reveal how collective efforts around the world can lead to extraordinary outcomes, including doubling the human lifespan in under a century.

Olusoga, said: “The revolution in medicine and public health that has taken place over the past three centuries is one of the greatest achievements of all time.

“The series is a history of unsung heroes and forgotten pioneers whose incredible stories deserve to be better known.”

Johnson added: “Now more than ever, we need powerful storytelling that captures and explains the achievements in public health and medicine over the past few centuries.

“The fact that we have doubled life expectancy may well be the single most important development in modern history.”

Mandy Chang, BBC Commissioning Editor, said: “We are thrilled to be involved in this very timely series with David Olusoga and Steven Johnson, tracking key breakthroughs in science and medicine and the incredible impact this has had on our lives.

Taking four critical subjects: vaccination, data, behavioural change and medicine, the stories in each of these episodes demonstrate how the past can help us understand the present, as we face and deal with the coronavirus pandemic and David and Steven’s journeys through these compelling stories will resonate deeply with us all.”

Extra Life: A Short History of Living Longer features leading public health authorities and scientists working on the front line of the current pandemic and explores how the pioneering approaches and innovative medical triumphs of the past provided a blueprint for our future in the battle to live longer.

The series is particularly sensitive to the cultural blind spots that influenced our approach to health, tracing the origins of inoculation back to Africa, long before the discovery of vaccination in the west, and highlighting the often-overlooked inequalities in access to health.

Each episode will explore one aspect of public health that has played a central role in our battle to live longer.

Extra Life: A Short History of Living Longer is a Nutopia production for the BBC and PBS.