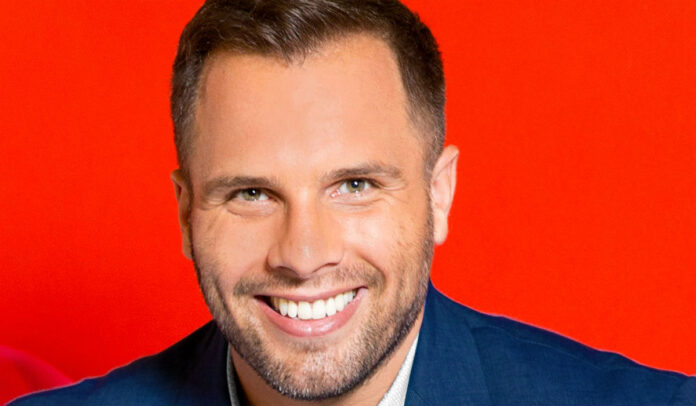 The Sun’s Executive Editor Dan Wootton is taking over the reigns of talkRADIO’s Drive Time show from Eamonn Holmes.

Dan will take over the reins later in February.

Wootton’s journalistic career has most recently seen him land the world exclusive on the Duke and Duchess of Sussex’s move to North America.

Wootton will continue to write his popular Friday column in The Sun. He’ll also continue to break major news exclusives for the UK tabloid.

Wireless CEO Scott Taunton said: “Dan is a world-class journalist, and has broken some of the biggest exclusives of recent years.

“I’m absolutely thrilled that he has committed to expanding his contribution to talkRADIO, bringing his insider take on the day’s news and the best guests from his bulging contacts book, as the station continues to drive record growth.”

Wootton joined The Sun in 2013 and has held a number of senior positions on the paper. These include Editor of the popular Bizarre showbiz column and Associate Editor (Showbiz and TV).

He was named Executive Editor of The Sun in March 2018. Since then he has also hosted his own weekly show on talkRADIO.

He has won three British Press Awards for his journalism.

“I’m so excited to take on an expanded role at News UK, and build on the excitement and energy I’ve enjoyed so much on my weekly show on talkRADIO”, Wootton said.

“Eamonn is broadcasting royalty, and I’ve learned so much from him. It’s an absolute privilege to be able to carry on the conversation at DriveTime, building on Eamonn’s amazing success.

“My show will have the breaking news of the day and the biggest newsmakers, combined with feisty political debate and A-list guests.

“Of course I will continue my role at The Sun too, with my weekly opinion column running on Fridays.”

Taunton added: “Eamonn Holmes is a broadcasting legend. He’s been with us at talkRADIO since it launched and has played a huge part in the station’s growth.

“While I appreciate his schedule is a busy one, I’m delighted that he will remain part of the family.”