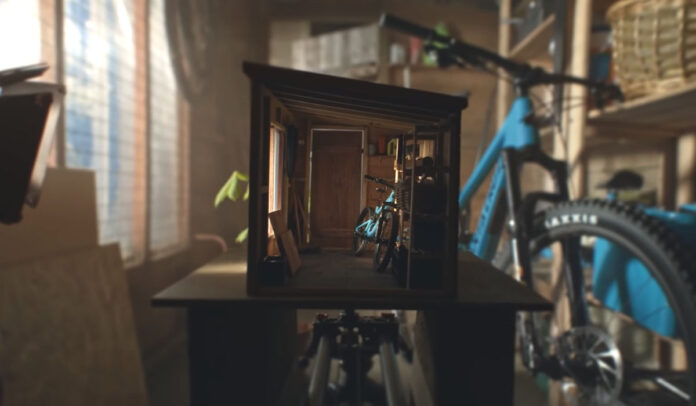 Cut Media has created a stunning ad campaign in miniature to promote a new mountain bike for Santa Cruz Bicycles.

The clever, fun-to-watch campaign for the new 5010 model, was originally planned as a road trip through Greece. It was also set to star some of Santa Cruz’s top athletes, including Danny MacAskill and Josh Lewis.

However, the Glasgow-based agency said this needed to be reimagined as a result of the Covid 19 lockdown.

The project was ultimately realised by two brothers and a toy bike in a back garden in Glasgow, Scotland.

The fun film features a miniature replica model of the 5010 bicycle; it celebrates the product’s unique technical capabilities and versatility; whilst also making considered and authentic nods to several Santa Cruz athletes’ riding styles and personalities.

The ad has already garnered nearly 70,000 views on the bike-maker’s YouTube channel, where it was posted on Monday.

In the midst of the global Covid 19 Pandemic and lockdown, Cut Media’s in-house creative Jonny Ashworth designed and created the props and sets in his back garden.

He then filmed the project along with his brother Andy Ashworth; all while the rest of the creative, production and edit team worked remotely to help realise the campaign.

The ad features bespoke sound design and a backing track by 90’s dance music legends, Bomb the Bass. The end result is a product launch campaign like nothing ever seen before.

Big campaign from small set
1 of 5

In addition to the two-minute film, Cut Media has also created a suite of shorter platform specific edits and stills images to run across web and social media channels.

“The playful creativity and versatility of the 5010 bike has been at the heart of this project from the very beginning”, Scott Marshal, Creative Director at Cut Media Said.

“What started as a film focused around athletes quickly turned into something far more ambitious.

“Through the difficulties of the pandemic we challenged ourselves to find the creative positives and rose to the occasion; making a film that had us hand-crafting bikes, props and sets to create an adventurous and heart-warming film that will keep viewers watching time and time again.”

Will Ockelton, Chief Marketing Officer at Santa Cruz Bicycles, said: “What started off as a punchy riding feature in an exotic location, ended up in a Glaswegian back garden. And all the better for it. The pandemic forced everyone to suddenly rethink their strategy.

“Cut Media’s ability to swiftly react to the continually changing situation and pull this concept and execution together rescued the entire launch from Zoom-meeting obscurity.

“And thanks to the dexterity of the lead rider/hand, we still got an exotic looking riding piece that is mind-blowingly watchable for bike and non-bike fans alike.”