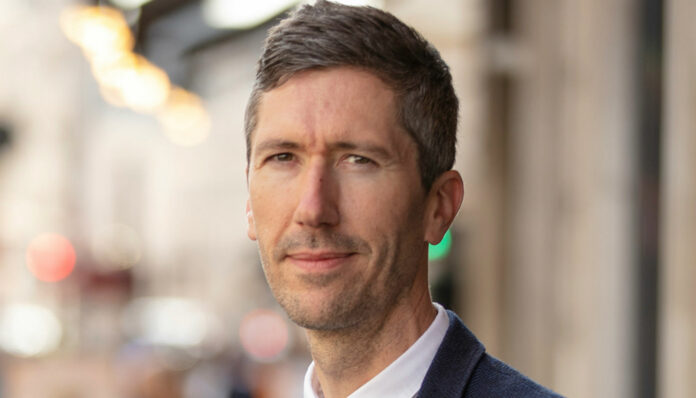 The firm said that, in the five years of Carpenter’s tenure as MD, it has seen its reputation flourish and asserted a growing influence on the industry by working with brands of increasing scale and stature such as Starbucks, Britvic, Uber, Guinness and PlayStation amongst others.

Creativebrief Founder & Chairman Tom Holmes said: “Charlie has been with Creativebrief since launch and was one of the few people to sit around my kitchen table in those early days; he knows the business inside-out and is pivotal to our growth and future vision.

“Under his watch as MD we have gained total clarity of purpose and heavily reinvested in technology to take us into the future.

“With Charlie as CEO and a growing senior team around him I’m extremely excited that 2020 and beyond is going to be a transformational next phase for the business.”

The company has also taken a leadership role in guiding the industry towards a more modern, responsible and sustainable approach to the pitch process, off the back of conducting an industry wide study in 2018 of senior marketers and agency leaders that found 93% of agencies and 61% of brands believe the pitch to be no longer fit for purpose.

Charlie said of the promotion: “It’s such an exciting time to be a part of Creativebrief with all the changes that we’re making. But we’ve also never had a clearer sense of self and our role in the industry.

“We exist to challenge modern marketers, to build modern brands, with modern agencies – and the simplicity of that focus has been liberating.”

“We’re placing technology at the heart of how brands and agencies come together in this day and age, driving more seamless connections between the two parties and reducing huge inefficiencies.

The business has also made some notable hires in the last 12 months with The Brooklyn Brothers Stephanie Nattu joining as Business Director, Nicola Kemp joining from Haymarket to become Managing Editor of BITE, and Elaine Westbury, previously of The Telegraph, taking the reins of Marketing Director.

Carpenter continued: “We’re also putting in place a diverse and world-beating team with progressive points of view, both to build the future of this business and to provide strong guidance and direction to the industry in the decade ahead.

“I’ll look forward to making some announcements about the leadership team around me in the weeks ahead.”