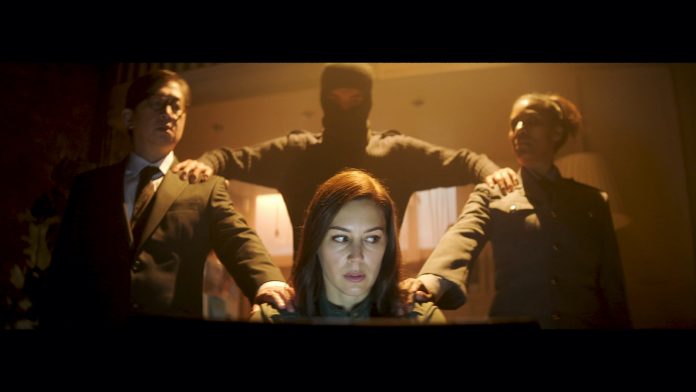 A new app designed to alert online workers to digital threats such as malicious targeting has been launched with a campaign by AML for the CPNI, the Centre for the Protection of National Infrastructure.

The CPNI is the arm of UK intelligence agency MI5 which advises government and business on protective security.

The app is being promoted with a social media campaign created by London-based communications agency AML Group.

It is aimed at everyone who uses social and professional networking sites, and particularly those that work across a number of industry sectors including Government, defence, science and technology.

As well as encouraging app downloads, the campaign reinforces the ongoing need for vigilance reminding those most at risk that other people on social media aren’t always who they say they are with the campaign line ‘Think Before You Link’.

The campaign – that includes animated GIFs, video and static ads with bold imagery and direct, memorable copy – will feature on key social media platforms including LinkedIn.

“Criminals and hostile actors may act anonymously or dishonestly online in an attempt to connect with people who have access to valuable and sensitive information”, the CPNI said on its website page about the new app.

“They often do this by posing as recruiters or talent agents who will approach individuals with enticing opportunities, when their real intent is to gather as much information as possible from the target.

“This guidance provides practical advice on how to identify them, how to respond, and how to minimise the risk of being targeted in the first instance.”

CPNI said the app was developed with behavioural scientists to include features such as a profile reviewer, which will help individuals identify potentially fake profiles and report anything they deem suspicious.

You can search CPNI on the Google or Apple Play stores to download the app.