Home M Features Could tearing up your brand’s roots really save your company? 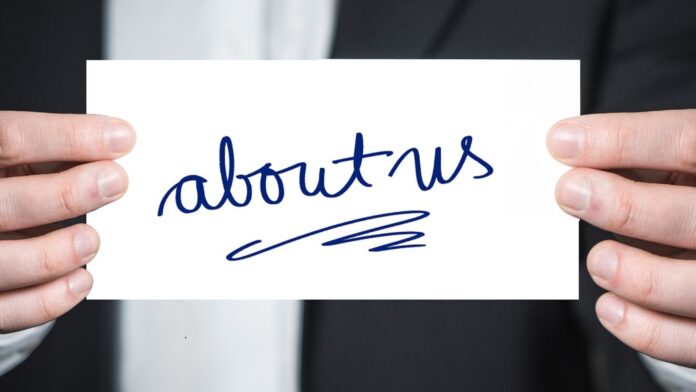 Are you the only one holding on to your company’s roots and brand values? Is your marketing team clinging to goals and perceptions that how long since moved on?

Hopefully not, but it’s common for brands to become stagnant, rooted in their ways and too set on a specific course, which restricts their ability to adapt to change.

It is the classic example of the “That’s the way we do things around here” mentality.

But over time, competition increases, markets do develop and consumer needs do shift. Consequently, few industries have remained static over the past year let alone the last decade, which has created an urgent need for businesses to keep evolving.

It’s a notion backed by Matthew Hayes, Managing Director of Champions, a strategy-led growth agency in the brand, digital and communications space.

Here he explains how digging up a business’ roots can actually help sow the seeds for a successful future.

Let go of your roots

Resistance to change is one of the greatest barriers to a business’s long-term success. This resistance is often the result of a business becoming too attached to its roots, which can sometimes be so deep that they begin to act as an anchor, weighing the business down rather than enabling its growth.

These roots can be categorised as values, goals and characteristics of a business that define how it operates, the messages it communicates, the way in which it conveys them, as well as how consumers perceive the brand.

But as times change, it is common for business roots to become outdated and unsuitable for the current commercial climate.

As a result, businesses begin to face difficulties in keeping customers engaged and in turn, achieving a profitable financial return.

To see this in practice, we only need to look at the demise of some the biggest named brands in recent times.

For example, the Arcadia Group is one of the latest victims of digital transformation, a trend that has been gradually impacting the retail space in recent years, and that has only accelerated during the COVID-19 pandemic.

The digital shift has been led due to the need to meet changing consumer expectations and behaviours. Online sales are increasing year on year, and even more customers are expected to be shopping with a digital-first perspective following the pandemic and its related disruptions.

Instead of responding to the change in the market and embracing online opportunities, businesses operating as part of Arcadia Group continued to do things as they had always done.

It was this lack of focus on their digital offer, particularly when compared to competitors such as PrettyLittleThing, boohoo and Asos, that ultimately resulted in their commercial downturn.

Although not so great for the individuals affected in the process, the case offers other businesses a vital lesson in the importance of letting go of outdated roots and adapting to change.

But due to the deep-rooted nature of such characteristics, there is a perceived risk involved with letting them go.

It’s understandable, as it will no doubt involve a significant change to business as usual.

But, any risks can be mitigated if businesses take a strategic approach in their decision to make change.

For instance, by undertaking branding exercises, such as a brand audit and the formalisation of a value proposition, stakeholders can gain an in-depth understanding of the business’s current position, its offering and their consumers’ expectations, through the creation of audience personas and its market via detailed industry insights and competitor analysis.

From here, there will be a clear view of which aspects are not appropriate for the current commercial landscape, and where there will be opportunity to enjoy the fruits of your labour once change has been implemented.

Once a new proposition has been established in theory, it then needs a detailed project plan to role it out in a practice, combined with an effective communications strategy.

Taking a look at an example from our own experience, we rebranded Delta Global, a packaging provider for luxury retailers that, at the time, was doing great things with regard to innovation, technology and sustainability, but was failing from a branding perspective to communicate its capabilities in those areas.

Our branding exercises helped to redefine the business’s values, creating a four pillar model that communicates them much more clearly.

Formed of innovation, sustainability, luxury and ecommerce, clients and stakeholders can now, at a glance, understand exactly what the business does and how it does it.

And to ensure the business and its position only benefited from the activity, it was complemented with a robust communications strategy.

This gained the brand exposure in industry-leading titles, including Forbes, WWD and The Sunday Times, as well as a greater presence across social media channels.

Moreover, it helped mitigate the risk of unsuccessful change through use of effective communication targeted at new audiences, existing customers and internal stakeholders, who now not only understand the new direction, but also can be on board with it.

Change for the sake of change can actually be just as damaging to a brand as staying consistent.

This is because sometimes, the deep-rooted characteristics of the business form a vital part of the audience’s understanding of the brand and its offering.

This might include family-run business values or branding elements that are connected to the location a business was founded in, for example.

Often, it’s unlikely that these elements will be hindering the business’s growth potential, but are instead, adding value to it by acting as a USP and differentiating it from the competition.

However, in these cases, while the message does not need to change, the way in which it is communicated might, as often, it is the methods of message delivery that become outdated.

For example, this might mean making better use of online marketing channels such as social media, content creation, SEO and email promotions to support both online and offline activities.

It’s all about making well thought out changes in order to remain relevant, rather than constantly altering your messages and offerings, which could actually cause confusion and disconnect between the brand and its consumers.

Ultimately, businesses need a solid footing upon which they can build on.

But while these foundations are important for business growth, like a tree’s roots, some often go off at a tangent and become stuck in the past, anchoring the brand to where it used to be rather than allowing it to move forward into the future.

Put simply, if you don’t evolve, you die.

Why brands need to find and nurture their Super Fans