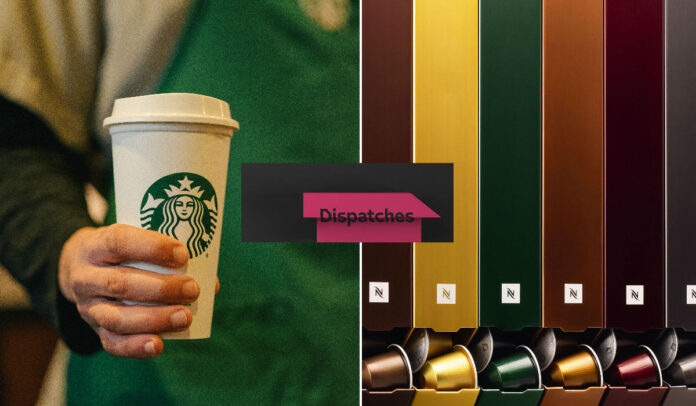 Starbucks and Nespresso have been caught up in a child labour exposé by Channel 4’s investigative show, Dispatches.

Neither company publishes a list of the farms where they get their beans from; so Dispatches travelled to Guatemala to find out more.

Posing as researchers scouting locations for a film showing where Britain’s favourite coffee comes from, the team were able to gain access to these suppliers and were taken to farms they were told supply Starbucks or Nespresso.

Where they were able to speak to the children, they were told many of them were aged 11 or 12; but others looked as young as 8 years old.

Dispatches was told that the children worked up to six days a week and around eight hours a day through the heat of the day. They also had to contend with biting insects and possible snakes.

The children are paid depending on the weight of beans they pick. At the end of the day they must carry their heavy sacks of beans to a weighing area.

These sacks can weigh anything up to 100lbs and Dispatches reporters witnessed children struggling to carry sacks to the weighing area.

Typically, a child would earn less than £5 a day, although sometimes it can be as low as 31p an hour, which is much less than needed to buy essential food.

Most of the children must work so their siblings and parents can afford basic essentials.

Given the average cost of a cup of coffee in the UK is priced at £2.50 why do coffee workers earn so little?

Broken down you see that farmers, and their workers, get a fraction of what we spend.

This is where your money goes:

The UK is a nation of self-confessed coffee lovers. Starbucks and Nespresso – owned by Nestle – have helped revolutionise the way we drink coffee on the high street and now in our home.

Both these brands make great play of their ethical credentials and claim to have “zero tolerance” of child labour.

Starbucks has an annual global revenue of more than £20bn, and in the UK alone it has almost 1,000 cafes.

Nespresso has transformed how consumers drink coffee at home, with Hollywood star George Clooney as the face of the brand, Nespresso’s sales in the UK have topped a £1bn and have sold more than 20 billion of its capsules worldwide.

Guatemala is one of the poorest countries in the world, despite being the 10th biggest coffee producer worldwide and being globally renowned for the high quality of its beans.

Over the course of the investigation, Dispatches visited seven farms linked to Nespresso and five linked to Starbucks.

Child labour was found on all of these, the programme said.

Dispatches showed some of its evidence to a human rights lawyer who said the evidence suggested the two companies were in breach of international labour regulations laid down by the UN-body, the International Labour Organisation (ILO).

The ILO said children under 14 are not allowed to work if it is harmful to their health or interferes with their schooling.

Oliver Holland from solicitors Leigh Day said: “The conventions are very clear in that they don’t want children’s education to be compromised.

“If children are working 40 hours a week there is no way they can also be having a proper education…These are all unsafe conditions for children essentially and in those conditions, children simply shouldn’t be working.”

Reporter Antony Barnett contacted the face of Nespresso, George Clooney detailing some of the evidence he had seen in Guatemala.

George Clooney responded praising Channel 4’s investigation and said he was saddened by its findings. He has called on the Nespresso board to do more.

In his statement Mr Clooney said: “Having grown up working on a tobacco farm from the time I was 12 I’m uniquely aware of the complex issues regarding farming and child labour.

“That’s why I joined the Sustainability advisory board of Nespresso seven years ago …with the goal then, as it remains to this day to improve the lives of farmers.

“They’ve improved the lives and livelihoods of thousands of farms all around the world… We knew it was a big project when it started 7 years ago, and honestly, I was surprised and saddened to see this story.

“Clearly this board and this company still have work to do. And that work will be done. I would hope that this reporter will continue to investigate these conditions and report accurately if they do not improve.

“The check and balance of good corporate responsibility lies not just with the company itself but also independent journalists like Mr Barnett to hold everyone’s promise to account.”

Channel 4’s Dispatches requested an interview with Nespresso, but the company declined.

In a statement to Dispatches, Nespresso’s chief executive Guillaume Le Cunff said: “Nespresso has zero tolerance of child labour. It is unacceptable.

“Where there are claims that our high standards are not met, we act immediately. In this case, we’ve launched a thorough investigation to find out which farms were filmed and whether they supply Nespresso.

“We will not resume purchases of coffee from farms in this area until the investigation is closed. Any issues we uncover will be dealt with diligently and firm action will be taken.

“We work with Rainforest Alliance and Fairtrade International to reinforce good working practices and fair treatment of workers, including education on the dangers of child labour.

“We invest heavily in this effort; in 2019, our 400 agronomists made over 170’000 farm visits and trainings across the world, including 60’000 detailed on farm sustainability assessments.

“This was backed up by more than 3,300 third party verification farm audits. We will continue to do all we can to stamp child labour out.  It has no place in our supply chain.”

Starbucks also said it has a “zero tolerance for child labour anywhere in our supply chain”.

In a statement to Dispatches, it said: “We’ve launched a full investigation into the claims brought by Channel 4, carried out in partnership with a leading third-party auditor.

“We can confirm we have not purchased coffee from the farms in question during the most recent harvest season, and we will not do so until we can verify that they are not in breach of C.A.F.E. Practices – our ethical sourcing program developed in partnership with Conservation International that provides comprehensive social, environmental and economic standards, including zero tolerance for child labour.”