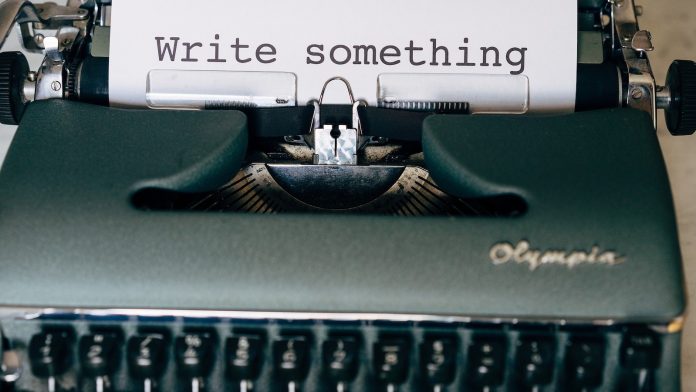 Channel 4 has launched a scheme designed to identify and support new TV drama writers in the West and South West of England.

The Channel 4 TV Drama New Writers scheme will give 12 writers six months of specialist support which will include in-person workshops and training, mentoring and introductions to scripted drama production companies.

After completing the scheme, participants will be able to submit a first draft script for consideration and feedback from Channel 4’s Drama Commissioning Editor, Gwawr Lloyd.

Gwawr said: “Ensuring that the Nations and the Regions are represented in its dramas is a real priority for Channel 4.

“As a broadcaster, we have a history of discovering and nurturing new talent – it’s something that we are passionate about.

“Launching this TV Drama New Writers scheme is a fantastic opportunity for the channel to identify talent from the region and to work with them to help us get authentic, original stories on screen – reflecting audiences back on themselves.

“It’s the perfect opportunity for the Channel 4 Bristol Hub to collaborate with our local partners to give stories that matter the platform they deserve.”

Devised by Channel 4’s Bristol hub in collaboration with Bristol UNESCO City of Film, its partners BFI NETWORK (delivered regionally in the South West by Watershed), UWE Bristol and The Bottle Yard Studios, the scheme opens for applications today.

The initiative is one of many projects being supported by 4Skills, Channel 4’s nationwide training and development strategy which aims to create over 15,000 opportunities nationwide in 2022 with a particular focus on people from diverse and disadvantaged socio-economic backgrounds who want to explore a career in broadcasting.

Mayor of Bristol Marvin Rees said: “This exciting opportunity shows what can be achieved having brought Channel 4 to Bristol, working closely with our UNESCO City of Film partners.

“It’s a fantastic scheme that demonstrates the value of the partnerships being forged in the creative sector and will strengthen the region’s writing talent-base, hopefully leading to new stories that represent the diversity of our city and the wider region reaching our screens as TV drama.

“Thank you to Channel 4, Bristol UNESCO City of Film and all the partners involved for joining forces to make this happen.”

Alice Cabanas, Head of BFI NETWORK said: “BFI NETWORK is pleased to back this new writers scheme in the South West through our regional delivery partner in Bristol, Watershed; building on strong existing partnerships to offer an exciting and bespoke new opportunity.

“The scheme feeds into BFI NETWORK’s ambitions to upskill and support local writers, as well as encourage growth of the scripted TV Drama and film sector in the South West.

“Watershed and our regional BFI NETWORK Talent Executives will be working with the other partners to ensure this scheme benefits the local writing community and platforms new perspectives.”

“Finding new stories and developing the skills of new writers are the first important steps in that success. UWE is delighted to be part of this partnership with Channel 4.”

“The scheme is open to unrepresented writers looking for their first writing credit and writers who are working on developing their own original series.

The deadline for applications is midnight, Sunday 12 June 2022.

Interested talent can find full details and how to apply here.