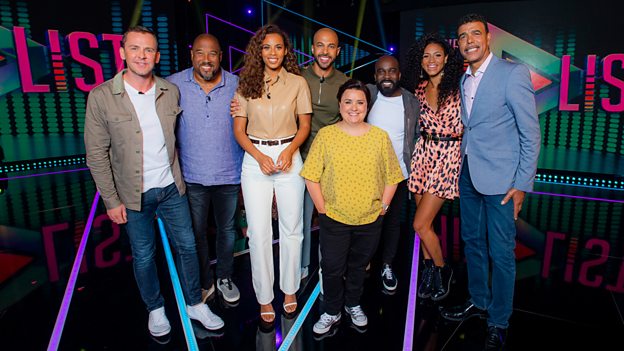 The pressure is well and truly on for the celebrities, especially the DJs, to name as many hit songs and artists as possible for the chance to be crowned the champions and collect up to £10,000 for their chosen charities.

“We are so excited to have a celeb special of The Hit List coming soon!” Humes said

“Obviously Rochelle and I are on radio ourselves so to have three radio DJs on each team, Scott Mills, Melvin Odoom and Vick Hope is great because on paper they should absolutely smash it right?

“We also have Kammy, John Barnes and Susan Calman so it’s going to be an incredible show; expect loads of laughs and lots of fun!”

Karen Smith, Executive Producer at Tuesday’s Child Scotland, said: “Viewers already love playing along with The Hit List and shouting the answers at the telly and it will be even more satisfying in this celebrity edition.

“See if you can beat the DJs, after all it’s their job to know the answer but they are terrified that they won’t…”

Rachel Ashdown, Commissioning Editor for the BBC, said: “The Hit List is an addictive, cross-generational game show that brings the whole family together shouting answers at the telly on a Saturday night.

“This fun-filled celebrity edition will give BBC One viewers the chance to see if they are quicker than the stars when it comes to naming the songs under intense pressure.”

Episode two of The Hit List continues on Saturday 23 November at 6.15pm on BBC One.

All of the music tracks played out during each episode of the series, including the Celebrity Special, will be available on The Hit List playlist and accessible via the BBC Sounds app.

The Hit List is a Tuesday’s Child Scotland production and is a joint commission from BBC Entertainment and BBC Music.

The Executive Producer is Karen Smith for Tuesday’s Child Scotland and the Commissioning Editor for the BBC is Rachel Ashdown.
Further broadcast information for The Hit List Celebrity Special will be confirmed in due course.