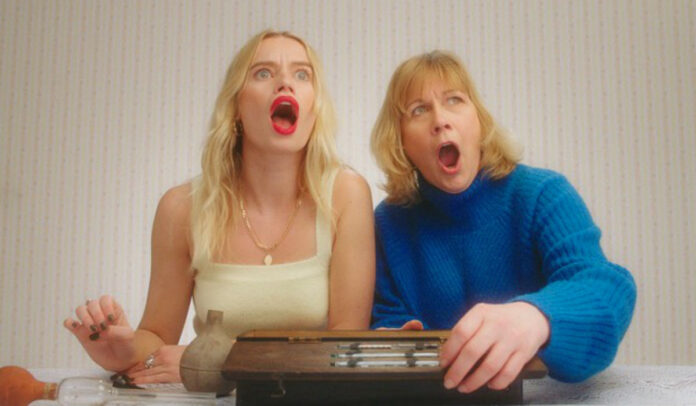 The film was directed by Chloe Sheppard from production house Forever. It highlights what 100 years of innovation have done to improve traditionally female-oriented products.

While many of these have been significantly upgraded, a whole century has had little to no impact on the design of the humble tampon.

The film sees several groups of women unboxing and speculating about the function of various products used in the 1930s, from cosmetics to contraceptives.

Most of these bear very little resemblance to their modern-day  counterparts; in fact, some look more like instruments of torture than useful inventions.

As each unboxed item becomes more and more absurd looking, the women are then faced with a tampon; first created in 1931, it looks “exactly the same” today as it did then.

Playing with the familiar format and online trend of unboxing videos, the film builds up to this deliberately anticlimactic reveal which leaves the women feeling confused and outraged that a necessity used by billions of women around the world has not been improved since its invention.

“Trillions of R&D dollars have been spent on developing innovations that meet the needs of just 50% of the world, and we’ve failed to see any real progress in fundamental products like the tampon”, Ewa Radziwon, Co-Founder and Head of Product, Callaly said.

“Callaly is committed to female-centred innovation, creating products that are designed perfectly for women’s bodies.

“We want to get people talking about periods, the products we use and what we should expect from them.”

The film was created to celebrate Callaly’s own design upgrade, the tampliner; which combines an organic cotton tampon with a built-in mini-liner.

Filming for the ad took place prior to the COVID-19 crisis and lockdown restrictions; the film also unintentionally highlights the power of female camaraderie and humour.

The diverse cast includes a creative director, a singer and a body positivity activist/sex educator. None of the cast had seen any of the objects before, all reactions are totally genuine, Don’t Panic insisted.

Alice Dowdall, Creative, Don’t Panic said “It’s absolutely crazy that there’s been no innovation in tampons for almost 100 years; we wanted to shine a light on this.

“I read an article that said if men had periods, tampons would be super high tech and made by high-end engineering companies; that’s true.

“It’s definitely time for change within the menstrual industry; this message is really important.”

Chloe Sheppard, Director, Forever said: “As soon as I read the script I knew I wanted to be a part of the film; a chance to bring a group of women together to share stories and have genuine fun; whilst not forgetting the whole point of the film: that tampon innovation has been neglected.

“Much of my work focuses on representation and discussing taboo subjects, so this was perfect.”