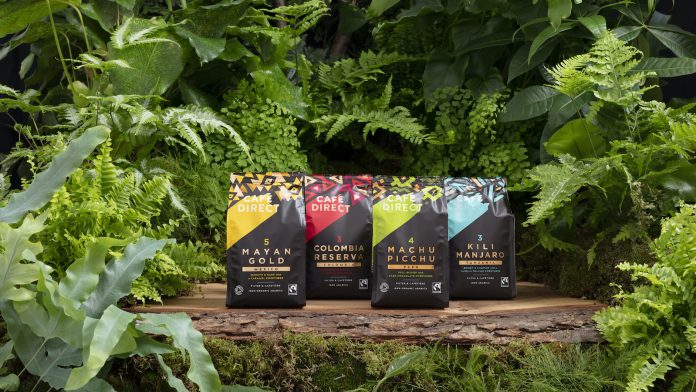 Cafédirect, the pioneering ethical hot drinks company, has appointed Quiet Storm to its creative account with a brief to make its flagship coffee brand, and the values it stands for, instantly recognisable to the UK’s coffee drinkers.

Quiet Storm’s appointment follows a competitive pitch, run by Oystercatchers, and will see the agency report to Lorraine Kelleher at Cafédirect.

The account review came after research showed relatively low brand awareness among consumers, and a lack of understanding of what the Cafédirect brand stands for.

Quiet Storm, a purpose-led and employee-owned agency, is creating a new campaign to engage the growing audience of consumers who want to buy from brands which share their values.

The first work is set to be developed this year and released in Q1 2023.

Trevor Robinson OBE, Founder and Executive Creative Director at Quiet Storm, said: “The Cafédirect brand has had purpose and authenticity built in from the day it began in1991, so it’s practically a crime that so many coffee drinkers know so little about it.

“We’re here to change this, and make sure that all those consumers who are committed to making ethical choices know that there’s a coffee brand which shares their values, and always has.”

Lorraine Kelleher, Marketing Controller at Cafédirect, said: “Quiet Storm’s creative ideas won this pitch, but we’re also thrilled to be working with people who, in common with our founders, see a problem in the world and ask ‘what can WE do about this?’

“We can’t wait to see the impact of the work when it rolls out.”

Cafédirect’s story dates back to the 1989 collapse of an international coffee price agreement, which left millions of smallholder farmers with no choice but to sell their harvests at rock bottom prices, putting their lives in jeopardy.

In response, three coffee growing communities from Peru, Costa Rica and Mexico each shipped a single container of coffee, loaned on trust, to the UK.

The beans were roasted and then sold through charity shops, church halls and at local events, and Cafédirect was created (in 1991).

Three years later (1994), the Fairtrade mark was launched and Cafédirect was the first coffee brand in the UK to carry it.

As well as buying directly from farmer cooperatives at prices which fairly reflect their work, Cafédirect is committed to improving the livelihoods of the grower communities it buys from, via Producers Direct.

This non-profit, farmer-led organisation set up by Cafédirect provides resources and information to help farmers improve their crop quality, which leads to the production of great coffee which consumers love.