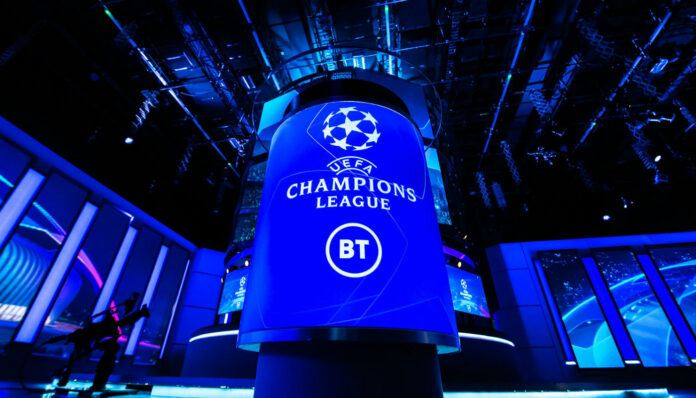 BT Sport said it has struck a £1.2 billion deal to remain the exclusive home of all top flight European club football until 2024.

The company said it has secured the rights to all 420 games of the UEFA Champions League, UEFA Europa League and the new UEFA Europa Conference League, for a further three seasons.

This represents an increase of 77 games from the previous deal, and includes highlights and in-match clips, and commences in 2021.

Since BT Sport started broadcasting the UEFA Champions League in 2015 it has changed the way football is broadcast in the UK, with every single game available on TV and via the popular BT Sport App.

There has been the ground breaking Goals Show, world first broadcasts for the finals in 4K UHD, and even 360° with alternative commentary.

BT Sport has also been the first broadcaster to put the finals on YouTube for everyone to watch in the UK.

The channel is now available on more platforms and devices than ever before and will continue to make highlights and the finals available for all to watch, while using the latest broadcast innovations.

“BT Sport leads the way when it comes to UEFA Champions League coverage, and we’re very excited to continue to bring our world class coverage to one of the most exciting football competitions in the world – whether that’s broadcasting 12 games simultaneously or delivering industry leading images in 4K UHD.

“With increasingly more ways to watch our content, with more games on show than ever before, and alongside our excellent line up of other competitions and sports, BT Sport is going from strength to strength.”

“All matches will be available across the BT Sport channels and digital services and in addition UK football fans will be able to enjoy club competition highlights for free on social media each match week, as well as the finals to the UEFA Champions League, UEFA Europa League and the newly formed UEFA Europa Conference League.

“Its high quality production and programming standards set the bar for the industry and audiences will continue to enjoy the competitions in new ways via BT’s innovative approach as it showcases new technologies.”

BT will pay £400m each year for the rights, and remains in a strong position to monetise this investment through subscriptions, wholesale access, commercial, and advertising revenues.