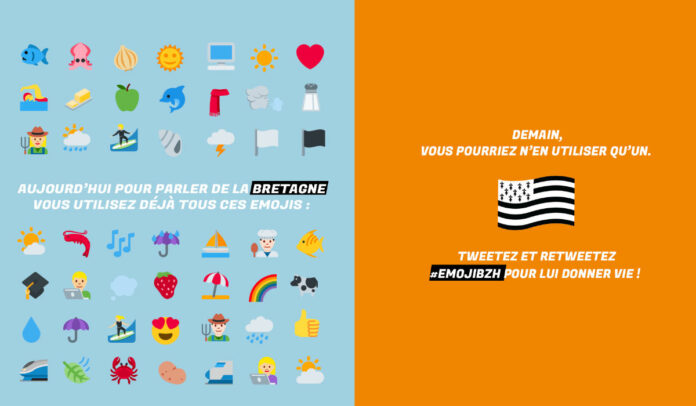 Ooh la-la! Brittany, the historic cultural region in the north-west of France, is celebrating the launch of is very own ‘hashflag’.

It’s all part of a campaign by the www.bzh association to bring the Gwenn Ha Du, Breton’s iconic flag, to the official emoji line up. And we love it.

BZH is a commonly used abbreviation in France, derived from the word Breizh, the Breton language word for Brittany.

We Are Social campaign

After a petition that gathered more than 26,000 signatures and a fundraising initiative, www.bhz association has teamed up with We Are Social in France to launch a major communication campaign in which everyone can take part.

So, from now until February 9, the Breton flag emoji is being tested on Twitter. It will appear automatically when users tweet the hashtag #EmojiBZH.

People are encouraged to use the hashflag as often as possible. It will show up as: #EmojiBZH

Britanny on the digital map

It is the latest development in a movement that launched with a specific goal: to convince the Unicode consortium, the international organisation that decides on the integration of new emojis all over the world, of the guaranteed popularity of a Breton flag emoji if it were part of the official line up. 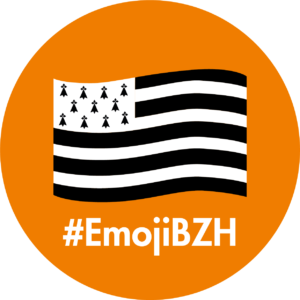 The Unicode consortium wants to ensure that any regional flag emoji will be widely used before it is officially adopted.

Www.bhz believes that the more the hashflag #EmojiBZH is used before 9 February, the more likely it will be validated.

To get Twitter users involved, We Are Social has created a poster campaign, which will appear on the streets of Paris, in selected towns in Brittany and online.

They, along with many others, have contributed to the video above to show their support.

The www.bzh association is submitting an application for the Breton flag emoji to the Unicode consortium this spring. It looking for it to be created in 2021.