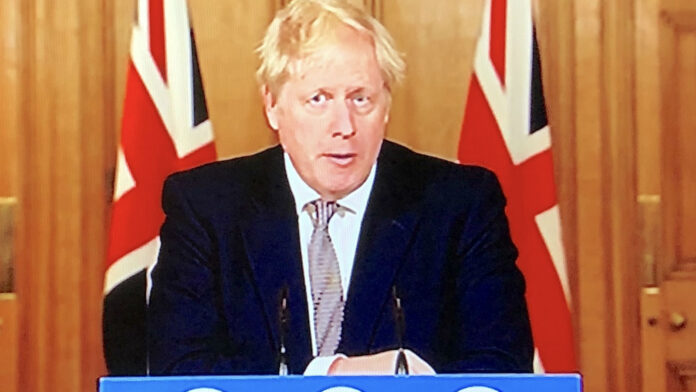 UK Prime Minister Boris Johnson has put England into a lockdown for the second time this year.

Johnson said the lockdown will come into effect on Thursday 5 Nov and remain in place until 2 December, after which the Government will seek to ease restrictions.

Crucially, the furlough scheme, which as due to end today has been extended until the end of November the PM said. He added that there would be some changes to the scheme, though.

In a special TV address to the nation, the Prime Minister together with his advisors outlined the details of the changes, aimed at stemming the spread of the COVID19 virus

From next week all citizens must stay at home and only leave for specific reasons, such as those already in place for essential workers, exercise, medical reasons, shopping for food essentials, etc.

The British leader said that all non essential shops, leisure venues will close. Pubs, bars rests must also close except for take away style deliveries.

Latest official figures showed that more than one million people in the UK have now been infected with the virus since the start of the coronavirus pandemic back in late January.

The Prime Minister statement was delayed throughout the afternoon as the Government scrambled to pull together the latest lockdown plan.

England’s return to lockdown came on the same day that the Government’s furlough scheme for workers ends. Business groups have called on the Prime Minister to introduce a new set of schemes offering financial help to workers and companies that will be hit by the second lockdown.

Boris Johnson told viewers in the TV address that he was “under no illusion how difficult this will be.”

And he added that “Christmas will be different, but hopefully by taking action now we can allow families to be together.”