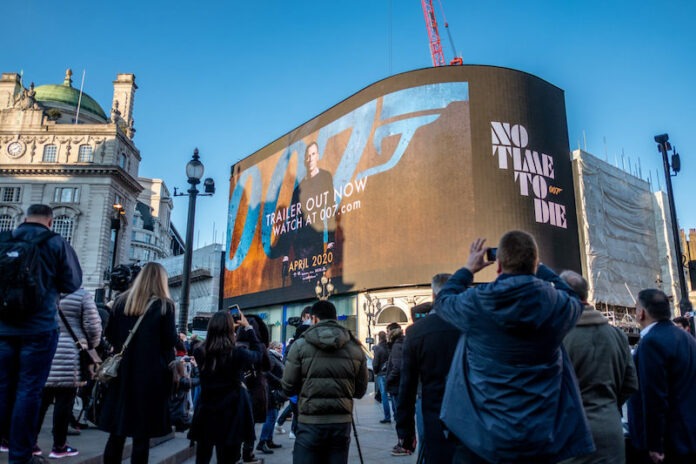 In a world media first, the first film trailer for the highly anticipated 25th James Bond movie No Time To Die was released on the iconic Piccadilly Lights in London this afternoon (December 4).

The film, which is distributed by Universal Pictures, is released in the UK on April 2 2020. 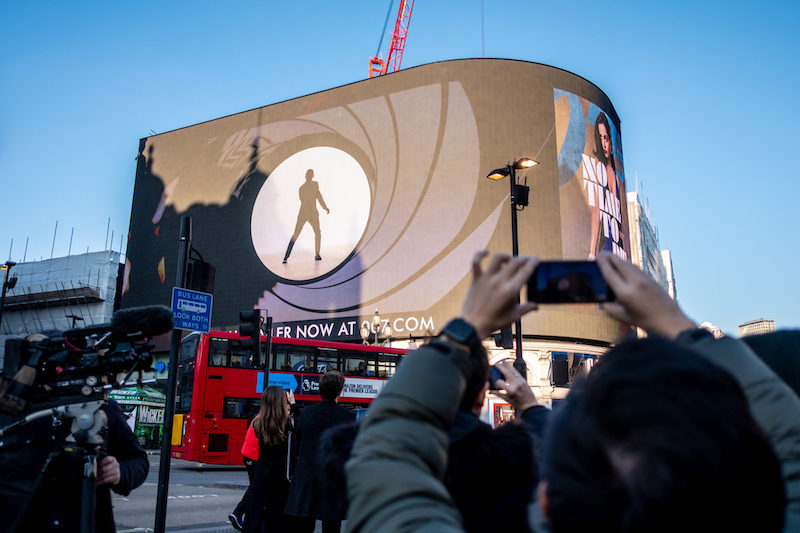 This is the first time a trailer for any film has been launched on the Piccadilly Lights which are operated by Ocean Outdoor on behalf of Landsec.

The large format digital screen was upgraded two years ago and is one of the most photographed landmarks in London. 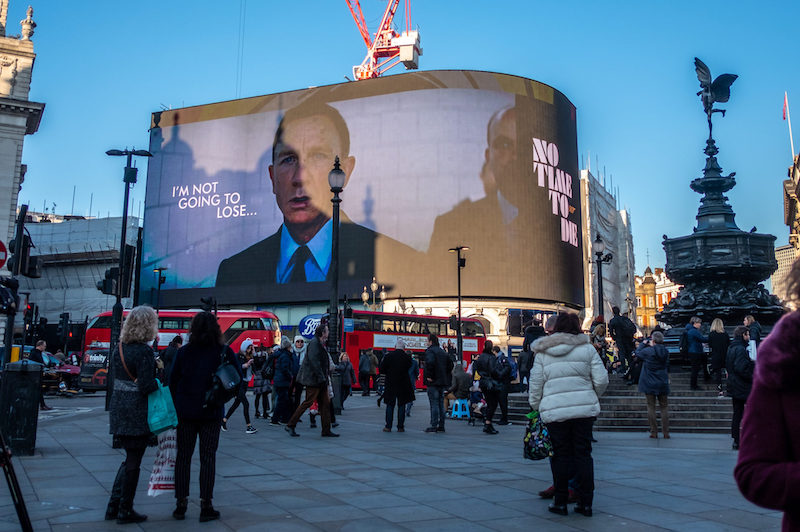 The trailer’s unique release via the world’s most famous outdoor advertising and content screen was planned by MediaCom.

The occasion was supported by further content across Ocean’s national portfolio of UK outdoor advertising screens.

The movie trailer was shown on the large format Piccadilly Lights at 1:40pm on Wednesday (December 4) in the first of two spectacular five-minute showcases.

“Bond is back – and I can’t think of a better way to celebrate the highly anticipated return of world’s most famous secret agent”, said Ocean Outdoor UK co-managing director Phil Hall.