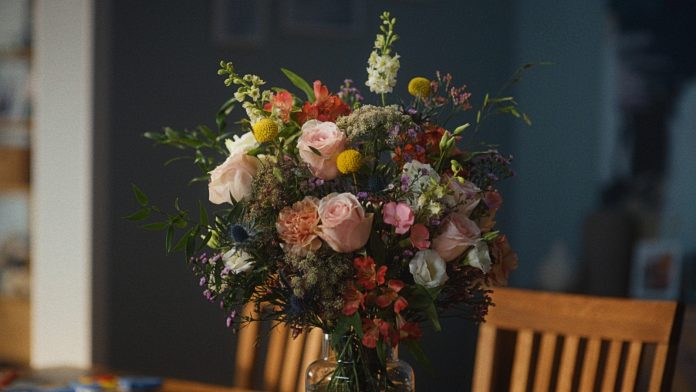 Bloom and Wild continues its campaign to help people ‘Care Wildly’ with a new set of films, designed by creative agency, The Or.

The new films focus on agency research showing that even when flowers fade, the gesture of sending a bouquet lasts much longer in the memory of the recipient – it’s the care that is sent with the arrangements that counts.

This is the second campaign from the creative Care Wildly campaign which debuted with the ‘Big Sis’ work. The new work balances storytelling, emotion and insight so that viewers can project their own lives and loved-ones into the pictures.

The ad spots show a beautiful bouquet which fades through time-lapse filming to show the two-week life cycle of the flowers in different and beautiful states, from bud to bloom to death.

As the flowers curl and droop, the voiceover explains that even when the flowers have faded, the memory of the bouquet will live on.

Filmed in Estonia, the shoot had three units filming simultaneously across two studio living room homes and another studio capturing macro close-ups of the flowers.

Bloom & Wild bouquets were delivered daily for two weeks so that director Shaun James Grant could work through the various stages of the filming and world closely with florist Harriet Parry to construct arrangements faithful to the stages they would go through in anyone’s home.

One unit filmed live action while the other two filmed the time-lapse footage in locked off rooms, for 72 hours straight, capturing the changes and movement from different angles and distances.

Finding the best way to speed up what would be five days of a bouquet’s life and force it to happen in only 50 minutes, took the expertise of a specialist in ammunition.

Rauno Linnamae discovered that the best method to speed up flowers dying, was to dehydrate the flowers at room temperature overnight and then freeze them upside down for a further four hours before they needed to be on set.

In line with Bloom & Wild’s sustainability commitments, the production operated with a no waste policy and crew routinely took flowers home to loved ones as well as using the dead flowers for compost.

When the crew finally wrapped, all leftover flowers were delivered to a local orphanage and a children’s cancer ward.

The campaign launches in the UK on 7 January and in Germany on 10 January.

It will appear on TV, YouTube, VOD, Social, DRTV, OOH & Print later in the year.

Goodstuff has handled the media planning and buying for the campaign.

Two versions of the films are planned, an Autumn/Winter version featuring the ‘Dara’ bouquet from Bloom & Wild and a Spring Summer edition with the Odessa arrangement.

“The team has once again worked brilliantly together on pulling off a film that gives real poignancy to the act of giving a bouquet.

“It’s something that so many of us will recognise as we care for each other during very testing times.”

Charlotte Langley, VP Brand & Communications of Bloom & Wild said: “At Bloom & Wild we’re moved every day by the reasons our customers share with us for sending flowers.

“So we know that it’s about so much more than beautiful flowers,  it’s about the care you send with them.

“This new work develops our Care Wildly brand platform and shares that message beautifully and honestly.”