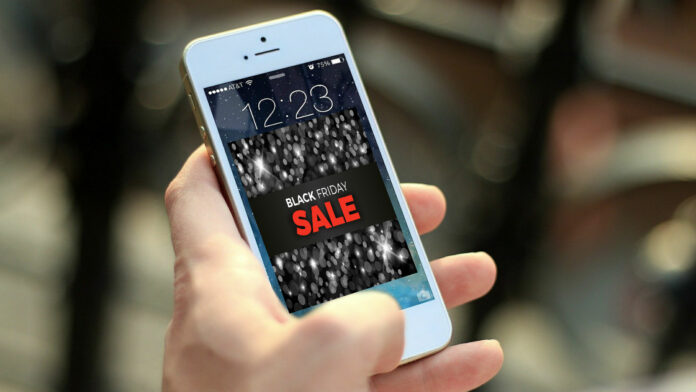 Black Friday has proved to be a hit with consumers this year, with the latest data from digital media specialist NMPi, showing a strong rise in retail sales on the day, mostly ordered on mobile devices.

The company’s findings and insights on consumer shopping trends across the Cyber Weekend were gathered using a sample from across the agency’s biggest retail accounts.

Across the weekend, Black Friday generated more traffic and revenue than Cyber Monday for NMPi’s clients.

Between 1 November 2019 and 2nd December 2019, Black Friday created 280% more traffic, 484% more revenue, and achieved a 205% higher conversion rate compared to the average for that time period.

When looking at which device consumers were shopping on, 73% of all traffic came from a mobile device, and more than half of all revenue (53%) on Black Friday this year was generated on mobile.

The findings also show how different devices are used throughout the day. Consumers opted for shopping via desktop in the morning, with interest peaking from 6am-9am and preferred using a mobile during the evening between 4pm and 11pm. Some shoppers did hit the sales via a tablet in the evening, but there was a much lower volume than those using desktop and mobile.

Commenting on the findings Zuzana Hughes, Account Manager at NMPi said: “Cyber Weekend was a week later than usual this year and as a result, payday fell on Black Friday for many which we believe has been a key driver in year on year growth.

“Something we’ve seen this year that we didn’t see in 2018, was an uplift in interest, as well as revenue, around Friday 22nd, the week prior to this year’s Black Friday.

“In fact, revenue was up 227% compared to the month’s average. This is another likely impact of Black Friday being so late in the month, and without Thanksgiving to act as a guide for shoppers in Europe – as it does in the US – many may have presumed it was earlier.

“This will have benefited any retailer who started running promotions earlier.

Electronics in the morning, fashion later

“What’s interesting is from Google Trends we can see the times at which different products were trending, with electronics mostly purchased in the morning while fashion items picked up around midday and into the afternoon.

“These kinds of trends are incredibly valuable to creating informed bidding decisions around Cyber Weekend.

“It can be a cluttered environment, so knowing what’s popular at the right time of day not only helps for maximum impact but return on investment as well.”

NMPi’s global clients range from fashion and retail to finance and travel and include brands such as M&S, WatchShop, Wizz Air, Draft Kings, Eurail and Liverpool Football Club.