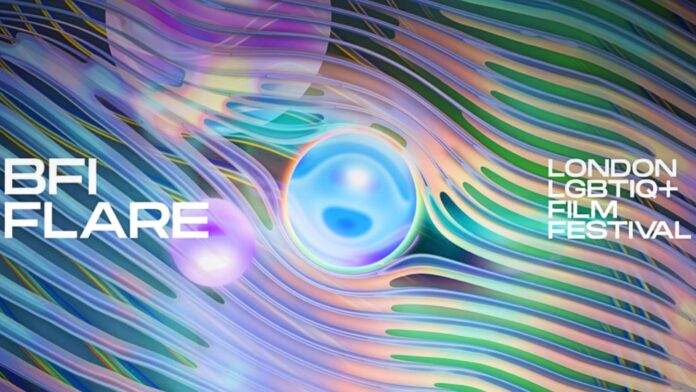 BFI Flare: London LGBTIQ+ Film Festival has announced that the 35th edition of the festival will go ahead from 17-28 March 2021.

In the most accessible and inclusive version of the festival to UK-wide audiences yet, film fans will be given an opportunity to connect for a new BFI Flare experience, enjoying a digital offer of screenings and events across the 12 days of the Festival.

BFI Flare will deliver virtual festival premieres via BFI Player to UK audiences, in a dynamic and thought-provoking programme of the best new LGBTIQ+ cinema from around the world, alongside a programme of virtual events, which will be available to audiences for free.

The full programme will be announced at a special digital programme launch which will be available for the public to view on 23 February.

“With this digital version of BFI Flare, we are excited to expand our reach outside of London, bringing the best in contemporary queer cinema to audiences across the UK”, Senior Programmer, BFI Flare: London LGBTIQ+ Film Festival, Michael Blyth said.

“Over this past year, the need to build and support LGBTIQ+ communities has felt more vital than ever, and this edition of the Festival is an opportunity to bring more people together than ever before.”

At the heart of the 2021 edition of this virtual BFI Flare will be approximately 25 feature film screenings on BFI Player, with each film available for ticket holders to watch at any time during the 12 days of the festival, with a 4-hour window to start and finish the film.

Additional elements include exclusive intros and Q&A’s with filmmaking talent and programmers and English-language features and shorts will be closed captioned and audio described.

The programme of close to 35 short films from around the world will be available for free on BFI Player and available to watch throughout the Festival, whilst Five Films For Freedom, in partnership with The British Council, will return to BFI Flare, making five LGBTIQ+ themed short films available to watch worldwide for free on the British Council Arts’ YouTube channel and on BFI Player.

This year’s virtual edition will also retain its distinctive strands which offer audiences an entry point into exploring the programme: Hearts, Bodies and Minds.

A selection of digital talks and events will complement the film programme and will include Screen Talks available for free on BFI YouTube and BFI Facebook as well as extended Q&A’s that will have a discursive element.

BFI Flare Screen Talks offer in-depth conversations with some of the world’s most influential LGBTIQ+ filmmakers and on-screen talent.

The BFI Flare Press & Industry Programme will also move online with accreditation opening on Thursday 4th February for professionals working in the film and screen industries.

Further details will be revealed in the coming weeks and the full programme for this year’s BFI Flare will be announced at an online launch on Tuesday 23 February 2021.