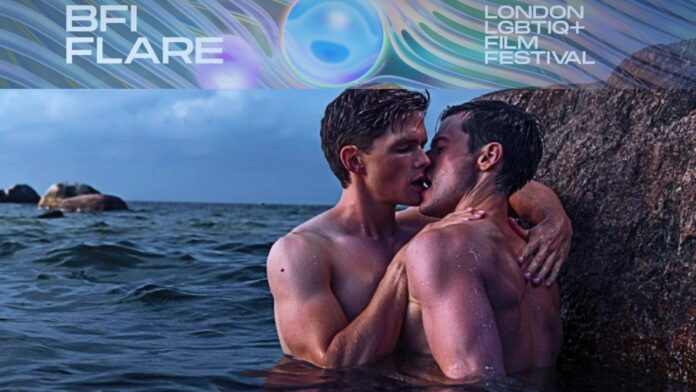 The British Film Institute has confirmed that the 36th BFI Flare LGBTIQ+ Film Festival will take place from 16-27 March 2022.

It also confirmed that submissions from would be directors are now open for the 2022 edition.

BFI Flare is the UK’s largest queer film event, screening the best in contemporary LGBTIQ+ cinema from across the globe, in addition to a rich selection of events and archive titles

Whilst the dates have been released, the BFI said that the exact format of how the festival will be presented is still to be announced.

Since the global pandemic started in 2020, the BFI has had to innovate and reorganise how it presents the film festival.

Sadly the event was cancelled in 2020, when the pandemic first began. However this year – 2021 – the event went ahead as a virtual event, with the BFI utilising its BFI Player to a far greater extent than before.

A selection of digital talks and events complemented the main film programme and included Screen Talks available for free on BFI YouTube and BFI Facebook as well as extended Q&A’s that had a strongly discursive element.

Although it’s issued no details as yet, it would come as no surprise if the BFI was to plan next year’s event as a hybrid live and virtual event.

Those wishing to submit entries and film screeners for next year’s festival have until 22 December to do so.

The BFI said it would reveal further details in the coming months and the full programme for next year’s BFI Flare will be announced at an online launch on Tuesday 15 February 2022.