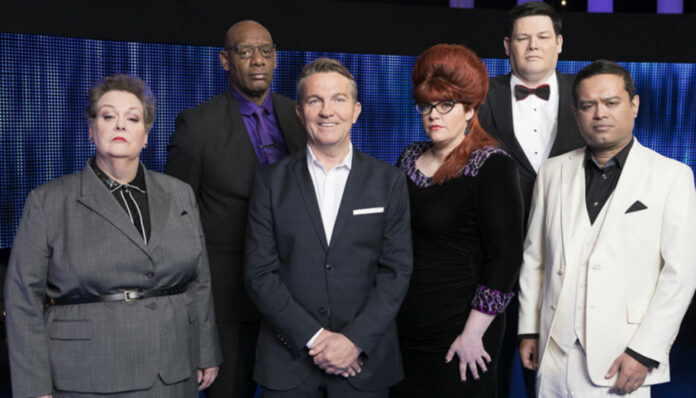 ITV has commissioned a brand new prime time spin-off of its ratings-busting Daytime quiz, The Chase.

Beat The Chasers will be hosted by Bradley Walsh and will star all five of the nation’s favourite quiz geniuses, The Chasers.

Over the past decade, The Chase has become the country’s most popular quiz, attracting millions of viewers in Daytime and picking up multiple awards, including a National Television Award Best Quiz 2019.

On this new series, for the first time ever, all five chasers Anne Hegerty, Mark Labbett, Jenny Ryan, Paul Sinha and Shaun Wallace will compete together as a team challenging contestants to play against them for huge cash prizes.

Beat The Chasers has been developed by Potato, part of ITV Studios, the team behind The Chase. The series will be stripped across a week next year.

“The contestants are brave facing one Chaser, let alone all five”, said Bradley Walsh. “With that group of top quizzing brains working as a team, it’s going to take some beating.

“But I can’t wait to see who’s going to take them on.”

Michael Kelpie, Managing Director of Potato, said: “For quiz fans, this is the equivalent of competing in the Olympics or playing in an FA Cup Final.

“It’s the ultimate challenge against the greatest quiz team ever assembled. In this brand new format, anyone who thinks they’re clever enough can take on the nation’s favourite quizzers.”

Katie Rawcliffe, Head of Entertainment, ITV says: “It’s so exciting to be expanding the award-winning The Chase format.

“Chasers and contestants alike will really need to hold their nerve to come out victorious in this new spin on the quizzing format.”

Beat The Chasers is a Potato commission for ITV Studios. It was commissioned by ITV’s recently appointed Head of Entertainment Katie Rawcliffe and Commissioning Editor Joe Mace.