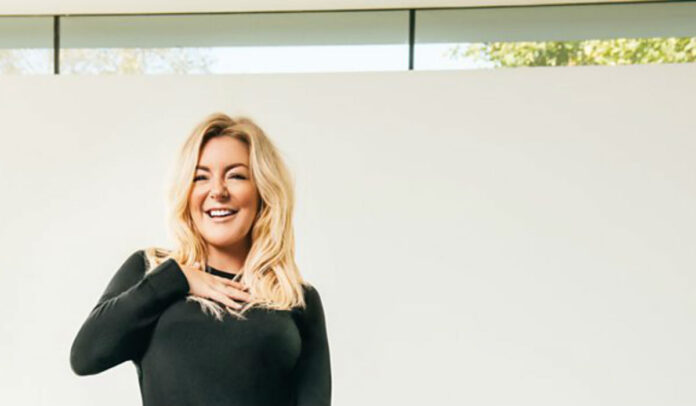 For actress and multi dog-owning star Smith it will be the first time that she’s hosted a prime-time entertainment series.

“To combine my love of dogs with a brand new job presenting for the BBC was a match made in heaven!” Sheridan said.

“Everyone who knows me will understand that animals, and especially dogs are very special to me.

“I live at home with six dogs, so presenting a show dedicated to our four-legged best friends didn’t take much consideration!

“I’m used to being on set with lots of actors; this time I can’t wait to hang out all day with dozens of dogs. It is literally my dream job!”

Can’t wait to host a brand new show on BBC One, Pooch Perfect! All the info here on my website! ?❤️https://t.co/xZrXmS3tZK https://t.co/dmDOAGyo19 pic.twitter.com/KWvRFa2MsA

Twenty six percent of UK adults have a dog and Brits are finely tuned to the needs of their four-legged furry friends.

From winter coats to car seats, doggy daycare to dietary needs, dog owners are prioritizing their pet’s care, comfort and wellbeing. Many pet owners are keen to know the best ways to improve their dogs health and happiness, from getting them the best beds to giving them pet nutrition products like nutra thrive for dogs to better their health. This program is the perfect watch for those pet owners.

Dog owners find much relief when they see their pooch being relaxed and when they are all dolled up. As a result, the dog-grooming industry is booming, and man’s best friend has never been so well pampered. Calming Dog Bed thus has become a popular choice for pet owners when it comes to the wellbeing of their little ones. Besides the grooming industry, pet safety products like dog boots are also utilized. Dog boots have become a norm for dog owners to keep their pooch safe during daily wakes. There are paw protection boots that can be strapped on. Take a look at the best dog boots that stay on without falling off.

Pooch Perfect (8×60′) is produced by Seven Studios UK. The series will feature ten pairs of professional dog stylists from around the country. They’ll take part in a series of themed challenges to create epic transformations of beloved pets; as they compete to be crowned the UK’s Top Dog Stylist.

Each week, the teams will reveal their creations on The Dogwalk. The judges will deliberate over the week’s canine contenders. Their owners are given the chance to see their newly transformed dogs for the first time. From scruffy to fluffy, audiences across the country will be barking mad for this brand new show.

As well as amazing ‘transfurmations’, the show will also be packed full of useful information for dog lovers and owners; including top tips on responsible ownership, fun facts about dog breeds and a guide to at-home pampering techniques.

Alongside breathtaking reveals, celebrity guest judges and the cutest cast of canines, the doggy stars will be in seventh heaven in the show’s specially built ‘Pooch Palace’ designed to cater for their every need.

Pooch Perfect is packed with heart and joy, warm and funny for the whole family, leaving viewers begging for more.

Kate Phillips, Controller of BBC Entertainment, said: “I love this show, it celebrates so much creativity culminating in unforgettable transformations; always mindful of the fact one false snip could cost someone the competition!”

Damon Pattison, Creative Director of Seven Studios UK, said: “I cannot imagine anything more fun than being in a studio with Sheridan Smith and a whole load of scruffy dogs.

“This is going to be the happiest show. And, as the first original commission for Seven Studios UK, I’m utterly delighted to be bringing it to BBC One.”

Pattison will Executive Produce the UK series, which is also in production for Seven Network in Australia, hosted by award-winning Hollywood actress Rebel Wilson.