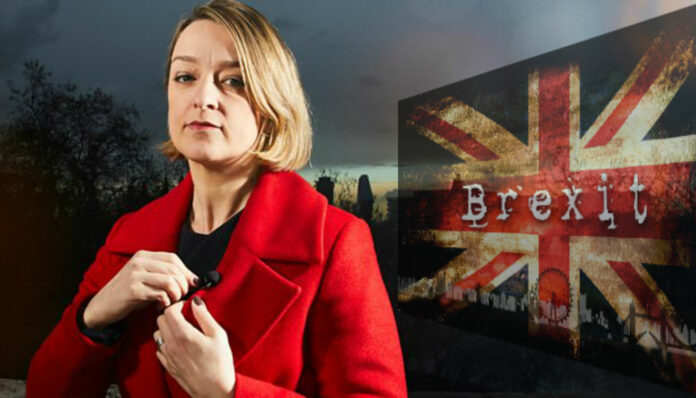 BBC Two has confirmed it plans to screen a one-hour documentary from October Films, in which BBC Political Editor Laura Kuenssberg takes viewers behind the Brexit debacle.

The channel said the documentary will dive deep into the fierce and emotional Brexit drama that has divided political parties and the communities they represent.

The programme follows Laura in the course of her role as one of the most respected and recognised political journalists in the country – and with it a ringside seat on the many and various twists and turns of the past few chaotic months.

From Boris Johnson’s election as Conservative Party leader through the general election, the cameras will go behind the scenes, revealing frank and insightful moments from the politicians involved.

The documentary, which currently has the working title: Inside Brexit: The Battle Continues with Laura Kuenssberg, has unique access to the Prime Minister, his cabinet and leading politicians who oppose him, for a film that records up-close the decisions and drama that unfolds as the deadline to Brexit day looms.

Boris Johnson came to power promising to deliver Brexit “do or die” by 31 October. He didn’t achieve it, and instead the public will now be asked to vote in the most significant general election for a generation.

As we head into the General Election in December, the future of Brexit and Boris Johnson’s premiership hang in the balance. This documentary will act as a film of record for the most unpredictable, important and exciting political story of our age.

“Love or hate Brexit, it’s changing our lives”, Laura Kuenssberg said. “This programme is a chance for viewers to live and breathe the political story of our times on our camera’s shoulder.

“There’s no spoiler, because only a fool would predict the finale and the ultimate victor in the race for power and to stop or deliver Brexit.”

Neil Breakwell, Executive Producer for October Films, said: “Filming with Laura on such a momentous story is an exhilarating experience.

“It’s an opportunity to capture history being made and to give the audience a unique insight into how the crazy world of politics and the media work.”

Inside Brexit: The Battle Continues with Laura Kuenssberg (w/t) is directed by Toby Paton.

The programme was commissioned for the BBC by Controller for BBC Two, Patrick Holland, and Head of Current Affairs Joanna Carr.