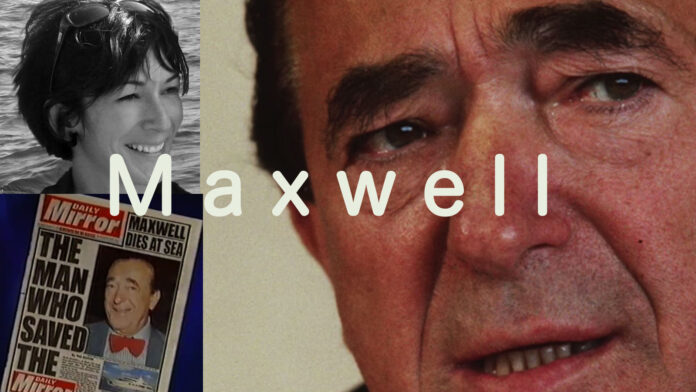 BBC Two has commissioned a series from production house Expectation charting the story of the Maxwell media dynasty, one of the most extraordinary family sagas the world has ever seen.

Spanning more than half a century, the three one-hour long episodes, have the working title of The Fall of the House of Maxwell.

It promises to be a staggering tale of fortunes built and lost, mysterious deaths, society intrigue and a spectacular descent into scandal, culminating in the trial of Ghislaine Maxwell expected next year.

From Robert Maxwell’s humble beginnings as impoverished survivor of the Holocaust, via the extraordinary creation and collapse of his multimillion pound media business; his apparently accidental death and revelations of fraud on a grand scale, to the prosecution of his daughter thirty years later for her alleged involvement in grooming underage victims for sexual abuse; it’s the tale of the rise and fall of the first great modern media mogul and of the unravelling of his deeply troubled family.

“Building on recent successes like Once Upon a Time in Iraq, Thatcher and The Rise of the Murdoch Dynasty, this series promises to combine nuanced story-telling with great filmmaking ambition,” said BBC Two Controller, Patrick Holland.

Told through intimate testimony and exclusive never-before-seen sources of archive, The Fall Of The House Of Maxwell is a story woven through British and American society and culture and will offer a unique window into a world of money, sex, privacy and power across half a century.

Expectation’s Creative Director, Factual and Factual Drama, Colin Barr, added: “It’s hard to imagine a story with a more dramatic rise or disastrous fall than the story of the Maxwell family.

“It’s a story that is both intimate and epic and one which speaks to half a century of business, politics and celebrity.

“This is a true-life family drama on an extraordinary scale, and we’re incredibly privileged to be producing it for BBC Two.”

The Fall of the House of Maxwell was commissioned by Holland and Clare Sillery, Head of Commissioning, Documentaries, History & Religion.

It is being made by Expectation, and Executive Produced by Colin Barr (Our War, Life and Death Row, Murder 24/7) who also made the Emmy-winning BBC Drama, Maxwell about the last days of Robert Maxwell.