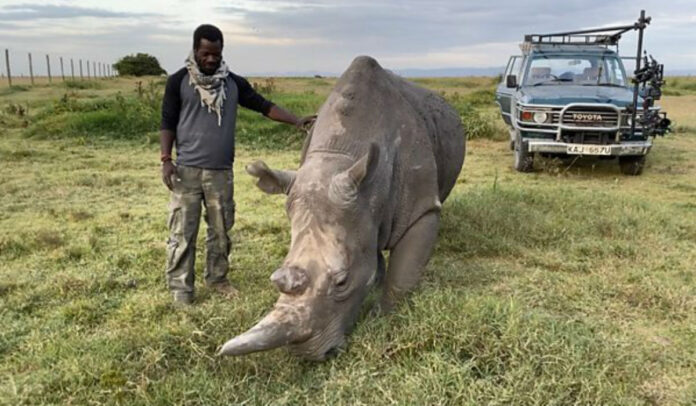 BBC Two has announced it plans to air The Last Unicorn, a special one hour rhino documentary from its Natural World strand.

Search for the northern white rhino

The BBC Studios Natural History Unit will follow charity Saving the Survivors as it travels to South Sudan. It hopes to discover a previously unknown population of northern white rhinos; a species officially declared extinct in 2018 by the International Union for Conservation of Nature.

Patrick Holland, Controller, BBC Two, said: “Natural World on BBC Two has always covered the most urgent and important stories in conservation and this project could not be more timely.”

Vianet Djenguet, wildlife cameraman, said: “I am extremely excited to be involved in this search for this majestic and beautiful species.

“If we succeed, it gives us a second chance to save the northern white rhino, a win in the war against reckless poaching; and fresh hope for the people of South Sudan.”

Doug Hope, Executive Producer for BBC Studios Natural History Unit, said: “It is a long shot, there is no denying that; but there are rumours of them out there, and in a place that is so remote, so unexplored.

“Yet, from what our sources are telling us, it remains prime rhino habitat, so surely there is still a chance? Until this search is carried out we can’t close the book on the northern white rhino.”

South Sudan is the youngest country in the world. Declared independent in 2013, it has seen conflict and civil war for the past 20 years.

With a death toll in the millions, it was at one time the bloodiest and most dangerous place on Earth. According to the UN, it still is a high-risk country.

No film crew has been allowed access for nearly ten years. It’s a country with no infrastructure, no permanent roads, no electricity, no power grid, no phone networks and no internet.

Larger in area than France, it has a population of no more than seven million. It’s also home to what is thought to be the second largest mammal migration in Africa; second only to the wildebeest of the Serengeti.

No access to wildlife NGOs means no survey or comprehensive search of any of South Sudan’s wildlife has been undertaken in over a decade.

When recent reports surfaced indicating that locals were seeing an animal believed to be extinct, an expedition had to happen.

Once the species’ stronghold, if there is going to be an undiscovered population of northern white rhino anywhere in the world, South Sudan is the best and last chance we have.

Using the latest technology and local knowledge to leave no stone unturned, they will do whatever it takes; to answer the question once and for all – do we have a second chance?

In addition to searching for the northern white rhino, the team from BBC Studios Natural History Unit will use camera traps and brand new drone technology.

This tech has never been used in the field before. It uses software to recognise different animals, to also film elephants, giraffe, leopards, honey badgers, antelope, warthogs and baboons.

The Last Unicorn, a 1×60’ for BBC Two, is made by BBC Studios Natural History Unit.

It was commissioned by Patrick Holland, Controller, BBC Two and Jack Bootle, Head of Commissioning, Natural History and Science.

The Executive Producer is Doug Hope.