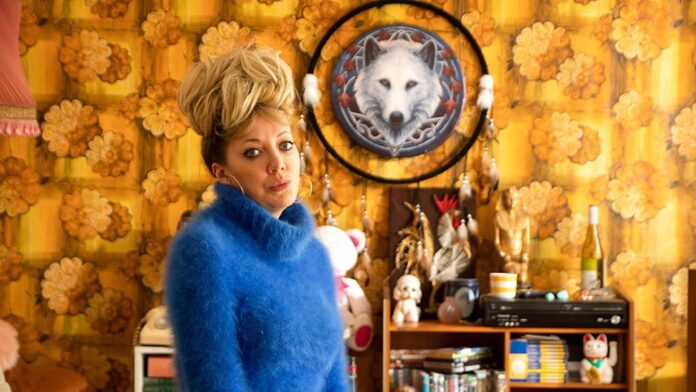 Comedy show Mandy is returning to BBC Two and BBC iPlayer, with filming already underway on the second series.

The new series will consist of six 15 minute episodes.

Originally starting life as a comedy short on BBC iPlayer in 2019, Mandy stars Diane Morgan (Motherland, Cunk On Britain, After Life) in the title role.

As well as appearing as the lead character, Diane writes and directs the series.

Mandy once again has big dreams with small success, as she attempts to find fulfilment in a series of short-lived jobs in the modern gig economy.

Along the way she becomes a tour guide, goes on a reality show and gets thrown in at the deep end, both actually and metaphorically, when she attempts to learn to swim.

All fun stuff, but none of which brings her any closer to her ultimate ambition of breeding Doberman pinchers.

Diane Morgan said: “At this time of debate about the future of the BBC, a second series of Mandy could not be more timely.

“If anything proves the worth of the corporation it’s a show about a woman who wants to breed doberman pinchers.

“It’s not something you’d get on Amazon Prime or BFI Player.”

Gregor Sharp, BBC Commissioning Editor said: “Diane has created an instantly iconic comedy character in Mandy and we can’t wait to see what trouble follows her in this new series.”

The series is produced by Michael Spicer and co-produced by Kenny Tanner.

The Executive Producer is Ben Caudell. The Commissioning Editor for the BBC is Gregor Sharp.