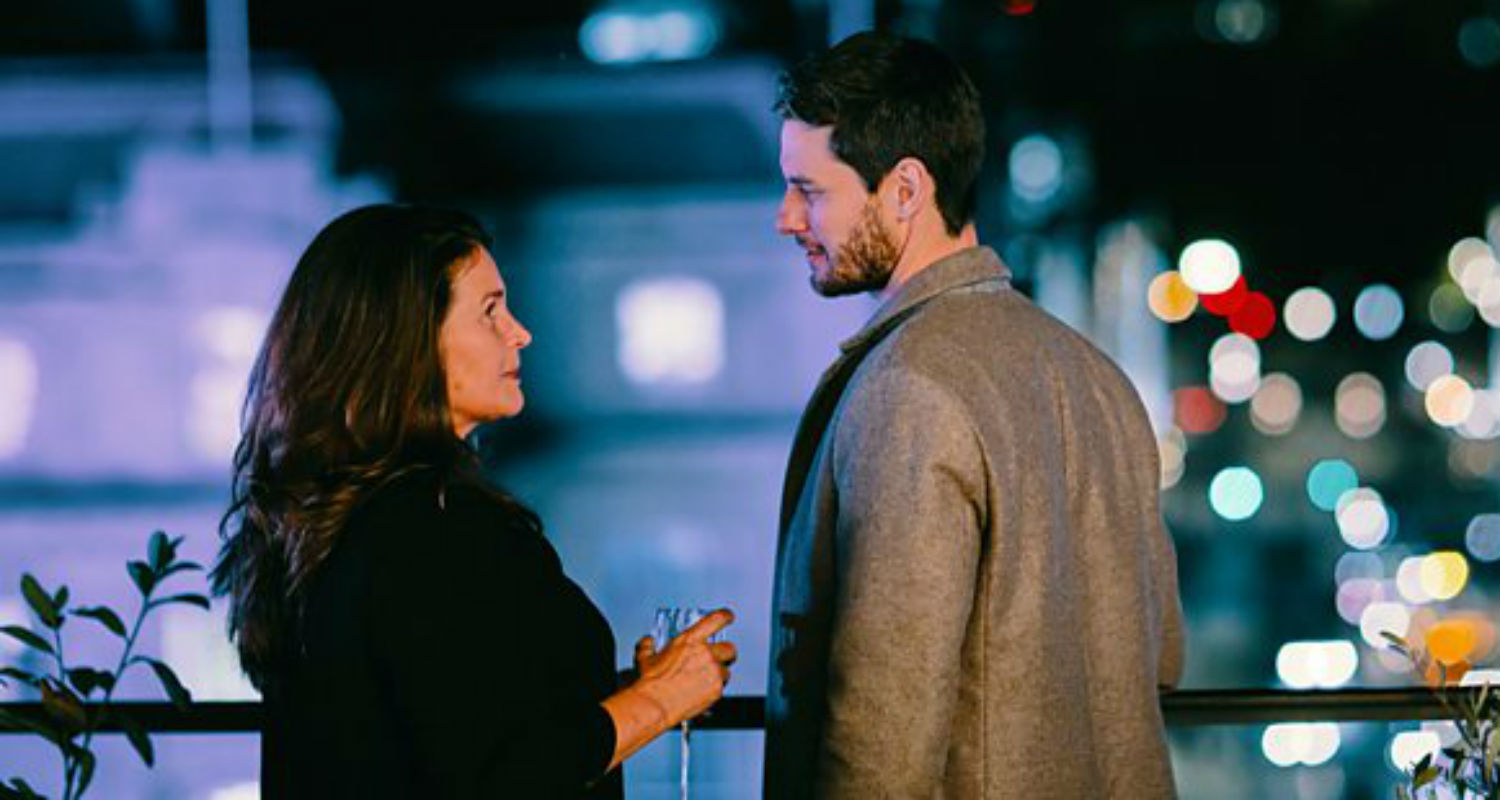 If the trailer is anything to go by the BBC’s new drama Gold Digger is set to explode the myth of happy ever after in age gap relationships. Forever!

Julia Ormond and Ben Barnes star in the new BBC One domestic noir Gold Digger, about a woman falling in love with a much younger man and the affect it has on her already damaged family.

Ormond, who is best known for her film roles, including Sabrina and Legends Of The Fall, as well as her TV work including Mad Men and Howards End, makes her British television debut in a lead role as Julia Day in this six-part drama written and created by Marnie Dickens (Thirteen) and made by Mainstreet Pictures.

Barnes, best known for his role as Prince Caspian in The Chronicles Of Narnia franchise, and more recently in Westworld and Netflix’s Marvel series The Punisher, returns to the BBC for the first time in more than a decade to play Benjamin Golding, the thirty-something copywriter with a shrouded past.

Playing Julia’s family are Sebastian Armesto (Poldark, Broadchurch) as the high-achieving eldest son Patrick, always trying to be a good man; Jemima Rooper (Lost In Austen, Trauma) as Della, the middle child whose finger is permanently on the self-destruct button; and Archie Renaux as Leo, the baby of the family who still lives with his mother and idolises his father.

“It tells the story of Julia Day, a woman turning 60, feeling increasingly adrift from her children and like she’s not sure of her place in the world any more.

“Then she meets Benjamin. This younger man makes her feel seen for the first time in years. Their romance changes everything.

“Whilst Julia revels in her second chance, her children and ex-husband are suspicious of her new lover, certain he has an ulterior motive.

“Their investigation of Benjamin sets them on a collision course with Julia.

“Julia is the heart of the show, whilst Benjamin is the catalyst that implodes all the other characters lives, so they were big roles to fill. If the audience didn’t believe the attraction between them, then we’d be sunk before we started.

“We were very lucky to find two actors who not only embodied the parts on the page but also took them to completely new levels.

“From day one, Julia Ormond and Ben Barnes had an easy and natural chemistry that was a joy to watch and hopefully means the viewer can really get on board with their love story.

“We are so used to seeing older men with younger women in film and television, and indeed in politics and real life, it’s barely commented on, however yawning the age gap.

“Yet flip the genders and suddenly it’s a discussion point. As if it’s impossible to understand why a younger man might be attracted to an older woman without having some other motive.

“Gold Digger explores this taboo. By getting under the skin of each character, understanding why they either reject or accept the romance, hopefully the audience will feel they’ve been shown multiple viewpoints and then reach their own conclusion.”

And there is a dark secret that this family harbours.

Marnie continues: “When I came up with the idea I knew the past would play a major role, it would almost be a character in itself.

“Benjamin isn’t walking into some gloriously functioning happy family, and much of the hostility he encounters is as much to do with events that happened long before he was on the scene as it is to do with his own behaviour. He’s almost damned from the off.

“Julia and her children have spent years not addressing what happened, but it’s leaked out in their behaviour, their choices, their ability to face themselves. Benjamin’s arrival causes the past to come to light, with devastating consequences.”

Gold Digger was commissioned by Piers Wenger, Controller of BBC Drama, and Charlotte Moore, Director of BBC Content. It is distributed by ITV Studios Global Entertainment.