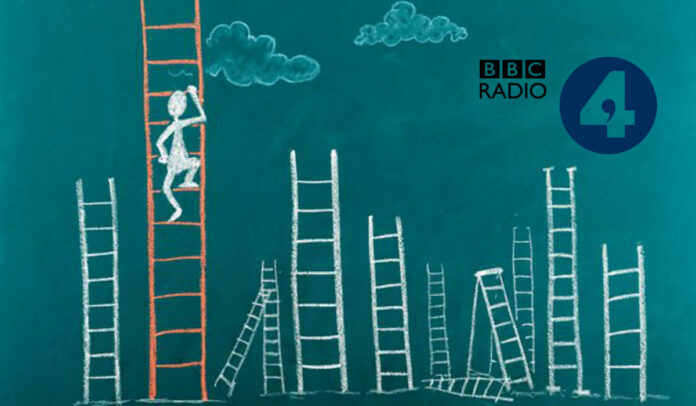 BBC Radio 4 is to broadcast factual programmes featuring common themes of solutions and more civilised debate this week, as a new decade beckons.

We can’t understand why it’s never thought of this one before – and can the BBC please tell the social media world, too?

The national broadcaster said the five new programmes – Positive Thinking, Green Originals, A Small Matter of Hope, Disagreeing Better and State of the Nation – as well as returning series, The Fix, and newly focused The Listening Project – will lead Radio 4’s schedule in the first weeks of 2020.

A broad focus on finding answers to today’s difficult questions will continue across the station’s factual programming throughout the year.

“Looking at solutions to today’s problems and bringing people and different views together will be a key pillar of Radio 4 this coming year and beyond”, Mohit Bakaya, Controller of Radio 4, said.

“The station has long been a space for intelligent discussion, but at a time when debate has often become divisive and reductive, I think Radio 4’s role as a public space to open up discussions, for people to listen, disagree, but also discover common ground, in a civilised manner, is more important now than it ever has been.”

Beginning today (30 December) and airing every morning that week, Positive Thinking looks for solutions to some of the UK’s more intractable problems. Each episode features a different journalist focusing on a different issue.

Across the week, Fi Glover searches for a radical approach to dealing with supermarket food waste; Krupa Padhy looks overseas to find the answer to Britain’s rising rat population; Jo Fidgen investigates how to stop female prisoners reoffending; Farrah Jarral looks at revitalising neglected coastal towns; and Sangita Myska discovers a unique way to tackle both the lack of affordable housing for young people and isolation in old age.

In Green Originals, a major new three-week series launching on Monday 6 January, notable names with an interest in the environmental debate – including YouTuber Jack Harries and free diver Tanya Streeter – present profiles of the pioneering scientists, campaigners and others who swam against the tide to influence our understanding of environmental issues.

A special one-off documentary, A Small Matter of Hope (Monday 30 December), will ask why people don’t believe the statistics that prove the average human is healthier and better-educated than ever before.

Fraser Nelson, editor of The Spectator, argues that life is generally getting better, and tries to persuade his staff that audiences want more positivity in the media.

Nelson meets Matt Haig and Anna Rosling Rönnlund – both bestselling writers on human happiness – to find out whether or not our collective pessimism is a result of gloomy journalism, or an inherent negativity bias.

During a time of increasingly toxic political discourse, Disagreeing Better (Tuesday 31 December) tries to find a way to carry out healthy, respectful debate without resorting to insults.

Presenter, former politician Douglas Alexander, talks to experts on disagreement – including a relationship counsellor, a peace broker and an ex-soldier – to find out how to improve the quality and tone of our arguments.

Later in January, The Listening Project returns with a new focus. It will go to communities where opinions and cultures have diverged and encourage listening and conversation between people who live cheek by jowl, but who may not ever actually meet or talk to each other.

State of the Nation

Elsewhere, five leading writers cast an insightful eye over the past year and the year ahead in State Of The Nation, a five-part series beginning on Monday 6 January.

Jacobson takes the long view on Brexit; Shriver analyses the nation’s entrenched positions on the EU; Carson discusses how, despite its history of civil unrest, Northern Ireland has been a place of hope and change; Meek looks at the complicated idea of ‘home’; and Mohammed, who emigrated to the UK aged four, talks about her experience as an immigrant in Britain, and how the nation’s compassionate response to the Grenfell fire left her feeling hopeful about the future.

And in The Fix, which returns for a third series on Wednesday 15 January, some of the country’s brightest young minds come together to find a solution to Britain’s debt crisis.

With 15% of the UK population having no savings at all, the teams have their work cut out to find the ultimate fix to this complex problem.